A turbo-charged start yielding two goals in the opening 15 minutes and a spectacular effort by Tom Cleverley led Manchester United to a 3-0 victory at Newcastle United in the Premier League on Sunday.

Liverpool's struggles continued when they were held to a goalless draw by Stoke City at Anfield and promoted Southampton needed a last-gasp goal from defender Jose Fonte, his second of the game, to rescue a 2-2 draw with Fulham.

Manchester United, desperate to bounce back from last weekend's surprise 3-2 home defeat by Spurs, made a high-tempo start at Newcastle and were rewarded in the eighth minute when defender Jonny Evans scored with a towering header from a corner.

Newcastle had a lucky escape four minutes later when keeper Steve Harper was robbed as he tried to dribble around Danny Welbeck on the edge of the penalty box and the striker slid the ball wide of an empty net. 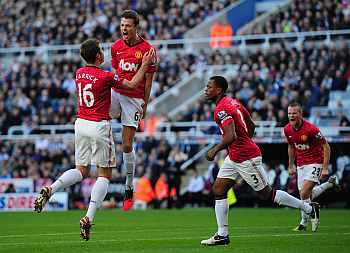 Harper then dived full-length to deny man-of-the-match Wayne Rooney but left back Patrice Evra made it 2-0 when he nodded in a corner at the near post.

"It was strange in a way because we played some good football and made a lot of good openings but those two goals both came from set pieces."

Newcastle raised their game in the second period and twice went close to pulling a goal back in the 50th minute.

Demba Ba shook the post with a header before goalkeeper David de Gea clawed away Papiss Cisse's follow-up attempt with the ball perilously close to going over the line.

"I think it was inconclusive," said Ferguson. "But I would have been disappointed if that had not been given to my team because most of the ball looked over the line."

Cleverley capped a sparkling show from Manchester United by curling a 25-metre shot into the top corner of Harper's net in the 71st minute.

Ferguson was unsure whether midfielder Cleverley meant to go for goal.

"I think it was a cross but Tom said it was a shot," added the Manchester United manager.

The win lifted Ferguson's team up to second in the table, level on 15 points with Manchester City. Chelsea are top on 19 after sweeping Norwich City aside 4-1 on Saturday.

Spurs, unbeaten in all competitions since the opening day of the season, broke through in the 58th minute at home to Villa when Jermain Defoe's shot was deflected into the corner of the net by Caulker.

The home team made sure of the points nine minutes later. Clint Dempsey set Lennon free on the right wing and he cut in to beat goalkeeper Brad Guzan with a low drive.

Spurs are fifth on 14 points and Villa are fifth from bottom.

Former U.S. international Friedel, 41, had not missed a top-flight game since 2004, a remarkable sequence of 310 successive matches for the London team and former clubs Villa and Blackburn Rovers.

At Southampton, Fonte put the home team in front after four minutes before mid-table Fulham hit back with an own goal from Jos Hooiveld and an 88th-minute effort by substitute Kieran Richardson.

Portuguese Fonte had the last word, though, scoring with a close-range header in the 90th minute to lift Southampton out of the bottom three.

Liverpool were unable to turn around their abysmal form at Anfield this year as they were held by Stoke.

Five-times European champions Liverpool, who have won only two league games at home in 2012, are languishing seventh from bottom.

"I am obviously disappointed we didn't win but I thought the attitude and application of the players was terrific," said manager Brendan Rodgers.

"We had so much dominance, particularly in the second half, so I was pleased with how we kept going."

© Copyright 2020 Reuters Limited. All rights reserved. Republication or redistribution of Reuters content, including by framing or similar means, is expressly prohibited without the prior written consent of Reuters. Reuters shall not be liable for any errors or delays in the content, or for any actions taken in reliance thereon.
Related News: Alex Ferguson, Manchester United, Tom Cleverley, Southampton, Fulham
SHARE THIS STORYCOMMENT
Print this article 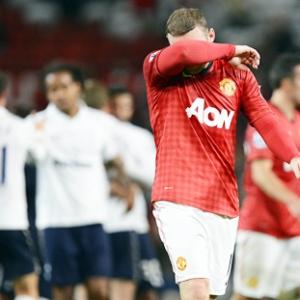 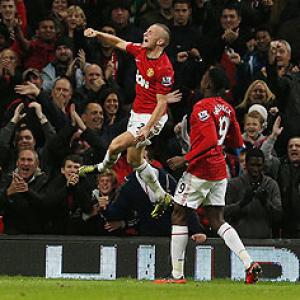