A third successive league victory put Leicester City back above Chelsea into third place on goal difference with 23 points from 11 games. 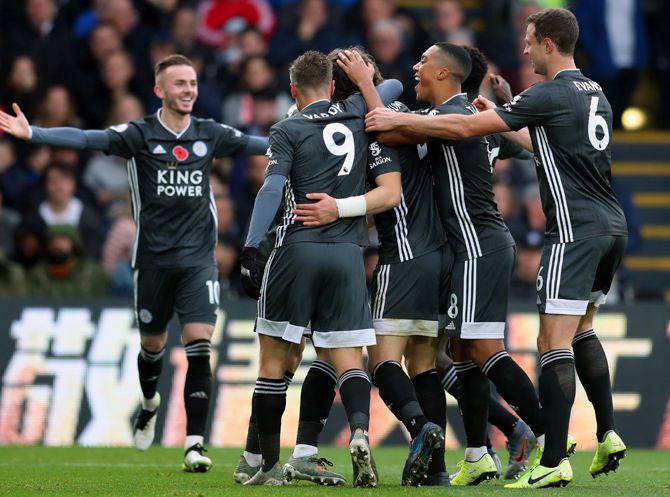 Soyuncu, who has replaced centre back Harry Maguire this season, broke the deadlock when he headed in James Maddison's 57th-minute corner for his first Leicester goal.

Leicester never looked like relinquishing their lead and Vardy added some late gloss with his 10th goal of the season.

As impressive as last week's 9-0 win at 10-man Southampton was, Sunday's display was perhaps more meaningful in terms of Leicester's ambitions this season.

Palace could have gone fifth with a win but Leicester were in control throughout and thoroughly deserved a third successive league victory to put them back above Chelsea into third place on goal difference with 23 points from 11 games.

They are only two points behind champions Manchester City, who are in second place, and six above fifth-placed Arsenal.

While Leicester's slick attack has made the headlines in the past week, they have conceded only eight goals in the league this season and keeper Kasper Schmeichel had a quiet day. 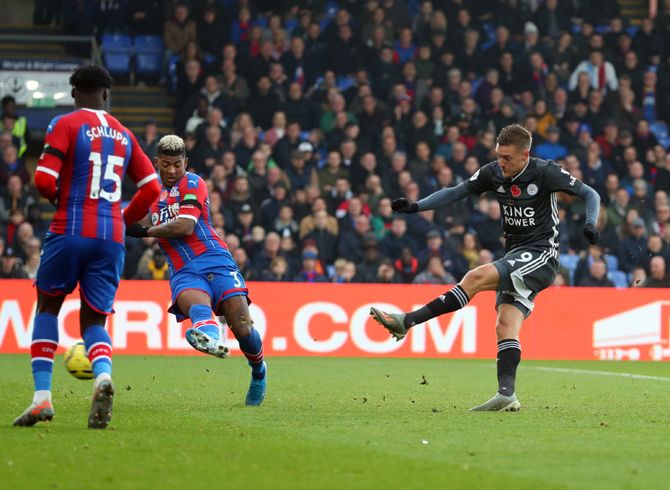 What is more, in terms of Premier League wins since Brendan Rodgers took over after the sacking of Claude Puel eight months ago, only Liverpool and Man City have won more league games.

"The creativity and attacking talent we have is incredible," Vardy, who leads the Premier League scoring charts, said. "We have so many options and it can only benefit us."

After an even first half of few chances, Leicester looked the more likely side to score after the break, especially from the set piece deliveries of Maddison.

From one Maddison corner Jonny Evans forced a fine save by Vicente Guaita and from the next, the ball flashed across the area where Soyuncu stooped to score.

Leicester's second in the 88th minute was a great team effort that oozed class.

The outstanding Youri Tielemans found Vardy who then played a one-two with Demarai Gray before peeling off and slotting a left-foot shot past Guaita.

Leicester could have made it 3-0 in stoppage time when Ben Chilwell hit the post from a tight angle.

Palace boss Roy Hodgson said he had seen enough to suggest Leicester can sustain their challenge.

"They carry a very clear goal threat and that's a major difference," he said. "The service (Vardy) is getting now and the ability of the midfield to keep the ball is elevating them to a team in the top four.

"They are in the top four on merit. That's how well they're playing."

© Copyright 2023 Reuters Limited. All rights reserved. Republication or redistribution of Reuters content, including by framing or similar means, is expressly prohibited without the prior written consent of Reuters. Reuters shall not be liable for any errors or delays in the content, or for any actions taken in reliance thereon.
Related News: Leicester, Jamie Vardy, Caglar Soyuncu, James Maddison, Getty Images
COMMENT
Print this article 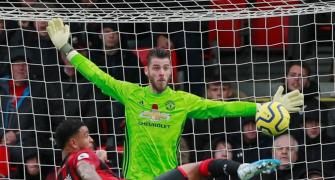 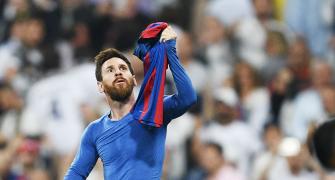 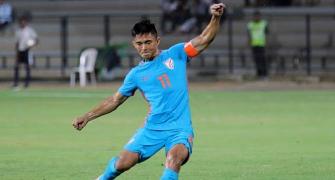 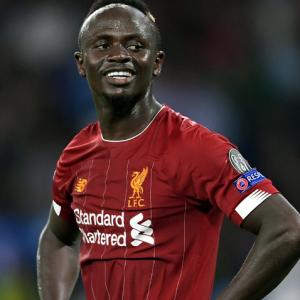 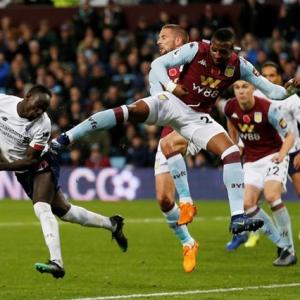