The game was overshadowed by referee Mike Dean's harsh decision to send off home midfielder Sofiane Feghouli in the 15th minute for a challenge on Phil Jones, while Ibrahimovic's goal, coming after Mata's 63rd minute opener, looked offside.

Mata sneaked into the box to knock fellow substitute Marcus Rashford's cut-back into the net after a marvellous piece of skill from the England forward, while Ibrahimovic volleyed in a blocked attempt from Ander Herrera with 12 minutes remaining. 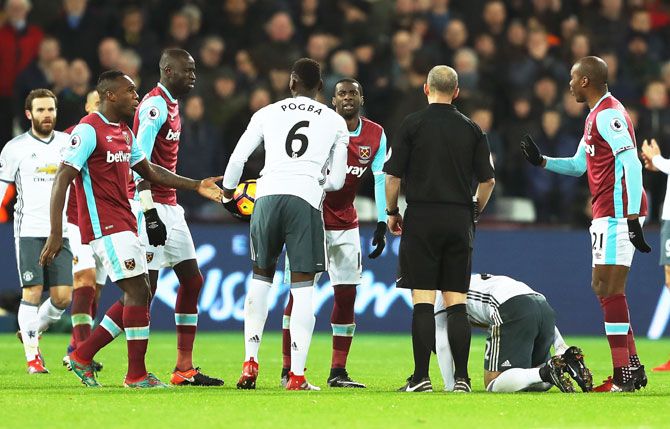 "It was a challenge from both of them. The foul is (by) Phil Jones. He got the ball but went with the scissors (challenge). It was the key decision and it killed us.

"It put the game in a different perspective and was totally unfair for us. It was a big offside for the second goal. When the players are sprinting it is hard for the referees. But the players were walking. They should spot this."

United boss Jose Mourinho was unapologetic for the advantage Dean's decisions gave his side but said his players had not performed well in their second game in three days. "I don't feel sorry for West Ham - I didn't watch the decisions. I think if you talk about decisions, we are the champions of bad decisions," said the Portuguese coach.

"I think it was not a very good performance (by United) in very difficult circumstances after two days. I was disappointed by some mistakes and decisions on the pitch, but that is fatigue, there are no miracles."

Despite the home side's numerical disadvantage, they had three chances to take the lead but were repeatedly denied by United goalkeeper David de Gea.

The Spaniard made smart saves from Manuel Lanzini and Dimitri Payet in the first half and used his feet to thwart Michail Antonio moments before Mata broke the deadlock.

United stay sixth but move provisionally within a point of Arsenal in fourth spot, while West Ham are 13th on 22.

© Copyright 2021 Reuters Limited. All rights reserved. Republication or redistribution of Reuters content, including by framing or similar means, is expressly prohibited without the prior written consent of Reuters. Reuters shall not be liable for any errors or delays in the content, or for any actions taken in reliance thereon.
Related News: Manchester United, Zlatan Ibrahimovic, Juan Mata, Phil Jones, David de Gea
COMMENT
Print this article 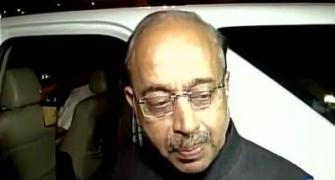 Supreme Court's decision is what it is, says Sports Minister Goel 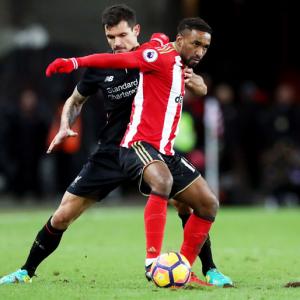 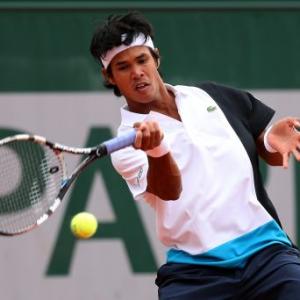