Spain will be the word no other team wants to hear when the Euro 2012 draw takes place at Kiev's Palace of Arts on Friday.

Favourites to become the first team to win three successive major titles, Spain will be in pot one with World Cup runners-up Netherlands and the top seeds everyone would rather face, hosts Poland and Ukraine.

The other 12 teams have been divided into three more pots and some challenging group combinations could be drawn such as one featuring Spain, Germany, Portugal and France.

Poland have already been allocated Group A and Ukraine are in Group D and there will be many sides hoping to join the teams ranked 66th and 55th in the world respectively when UEFA general secretary Gianni Infantino conducts the lottery to determine the four groups.

"Of course you want to avoid the best teams in Europe: Spain, Holland and Germany. But I think it's going to be hard," Sweden forward Ola Toivonen said.

"But if I wish, I could take England. It would be nice to play against England, without (suspended striker Wayne) Rooney, for example in one of the first two games, or something...and then maybe Ukraine or Poland; One of those three would be good."

Russia defender Alexei Berezutsky was thinking along the same lines.

"I think it would be ideal if we happen to get Poland," he said. "We wouldn't really like to play in the same group as (neighbours) Ukraine, and moreover Spain or Holland."

Poland and Ukraine should be boosted by playing in front of their own fans but are likely to struggle to reach the later stages and will be well aware that no host nation has won the European championship since France in 1984.

One of the attractions of the 16-team European championship, is that unlike the World Cup, which is twice the size, it is usually an evenly contested tournament with close matches between the continent's elite teams.

That may change when it expands to a 24-team finals in France in 2016 but going into the draw only Switzerland among Europe's top 14 sides in the FIFA's rankings is missing.

Apart from the two hosts, the lowest ranked team is Czech Republic, listed at 33rd but with a proud record in the tournament having won the title in 1976 as Czechoslovakia and finishing as runners-up to Germany in 1996.

Germany, whose coach Joachim Loew is developing an exciting young team tipped as possible winners, are in the second group of seeds along with Italy, England and Russia.

The third pot contains Croatia, Greece, Portugal and Sweden, while the Czechs are ranked along with Denmark, France and Ireland in the fourth pot.

One team from each pot will be drawn in each group.

The finals, which run from June 9 to July 1 next year, take place in the Polish cities of Warsaw, Wroclaw, Gdansk and Poznan, and the Ukrainian cities of Donetsk, Lviv, Kharkiv and Kiev, which will host the final.

© Copyright 2022 Reuters Limited. All rights reserved. Republication or redistribution of Reuters content, including by framing or similar means, is expressly prohibited without the prior written consent of Reuters. Reuters shall not be liable for any errors or delays in the content, or for any actions taken in reliance thereon.
Related News: Spain, Poland, Ukraine, UEFA, Germany
COMMENT
Print this article
U-21 women's hockey: Germany beat India, meet NZ in final 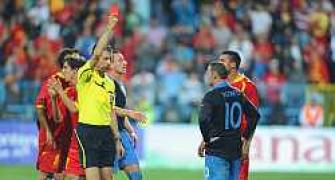 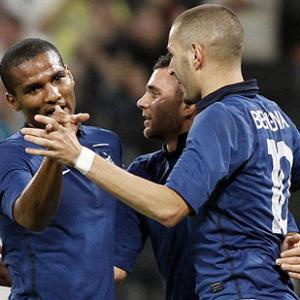