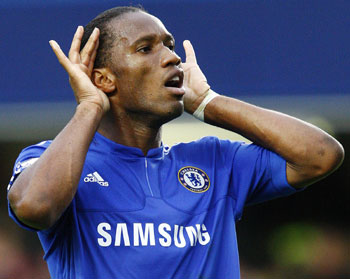 Gourlay was at Barcelona's Circuit de Catalunya to launch the FA Cup winners' new partnership with the Swiss-based Sauber team.

Asked about the future of Drogba, who has been at Chelsea for eight years and wants to stay despite being linked earlier this season with a move to China, Gourlay said talks were continuing.

"We have been discussing things with Didier," he said. "Everybody knows he's in the last year of his contract with Chelsea. Ongoing conversations have been held with Didier since January and before.

"Didier loves Chelsea football club, we all love him and we will continue to be in dialogue and we will discuss things after we finish the Champions League final next week."

He will be hoping to bring home the Champions League trophy from Munich next week when they play Bayern in the Germans' home stadium.

The striker has rediscovered his form under caretaker coach Roberto Di Matteo, who replaced Andre Villas-Boas in March and whose own future also remains uncertain.

Gourlay said that too would be discussed after the Champions league final.

"We said we would wait until the end of the season and we'd review the situation. That's exactly where we are today and we'll see where we go from there. But he's done a fantastic job and so have the players."

Chelsea, owned by Russian oligarch Roman Abramovich, are bidding for the derelict Battersea Power Station site on the south bank of the Thames in what might be a traumatic move for many of their fans.

Their current capacity is just under 42,000 and they could build a 60,000-seater stadium in Battersea, with the iconic four white chimney stacks incorporated into it, but Gourlay said that was still only an option.

"That really doesn't appear economically viable at this stage and would cause us a number of planning issues. But we are still looking at overcoming that if we possibly can. The preferred option is to stay at Stamford Bridge."

Gourlay said Abramovich, who has been a guest of F1 supremo, Chelsea regular and fellow billionaire Bernie Ecclestone at the Monaco Grand Prix in the past, was a fan of Formula One but not about to buy into the sport.

© Copyright 2021 Reuters Limited. All rights reserved. Republication or redistribution of Reuters content, including by framing or similar means, is expressly prohibited without the prior written consent of Reuters. Reuters shall not be liable for any errors or delays in the content, or for any actions taken in reliance thereon.
Related News: Chelsea, Didier Drogba, Ron Gourlay, Battersea Power Station, Stamford Bridge
COMMENT
Print this article 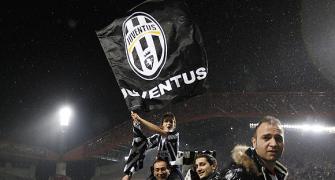 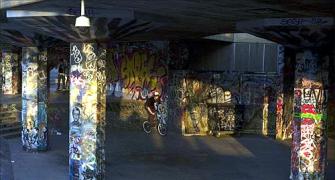 GLIMPSES of London, the financial capital of Europe 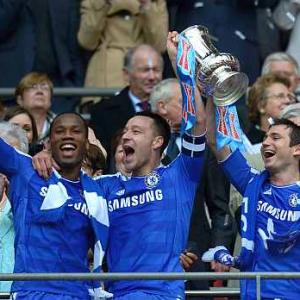