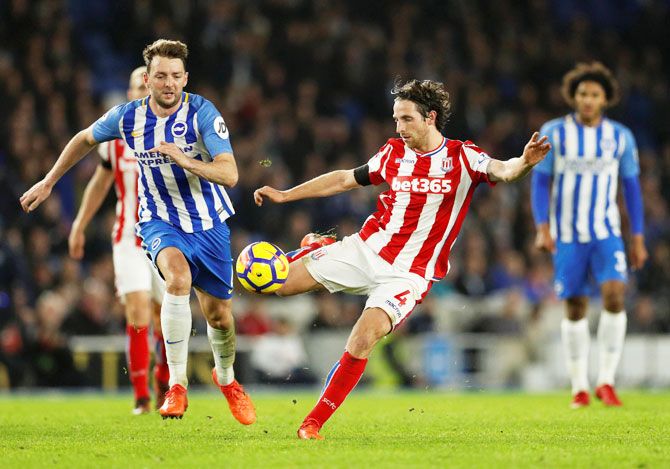 Promoted Brighton's promising Premier League campaign continued as they twice came from behind to earn a 2-2 draw at home to StokeCity on Monday.

The visitors went ahead through Eric Maxim Choupo-Moting but Pascal Gross equalised just before the break only for Kurt Zouma to head Stoke back in front moments later. Jose Izquierdo then levelled for Brighton on the hour to earn a deserved point.

"When you have been behind twice you have to show character and we did. We were not at our best today. Stoke are a very manly team, we had to stand up to that.

"We have to be realistic. We are playing against better teams and better players and if you can't win games then try to make sure you don't lose them," he said.

The draw leaves Brighton in ninth place on 16 points from 12 games while Stoke are 15th on 13 points.

Stoke's Swiss midfielder Xherdan Shaqiri, always a creative threat, was influential in the opener with a fine long pass to their Cameroon forward Choupo-Moting who showed skill and composure to finish in the 28th minute.

The hosts were furious when their penalty appeal was turned away after Glenn Murray fell under a Ryan Shawcross challenge and after the game the Stoke defender conceded he had brought down the veteran striker.

"I think I clipped him. The referee didn't have the best angle. It probably was a penalty," said Shawcross.

The booing had barely quietened before Brighton levelled in the 44th as Gross turned the ball home after a powerful, diagonal, solo run past four Stoke defenders from Dutch midfielder Davy Propper.

Moments later Stoke restored their advantage when Brighton defender Bruno turned his back on a corner and the ball bounced off him to on-loan Chelsea defender Zouma who headed home from close range.

However, Brighton deserved at least a point and got their just reward on the hour when Colombian winger Izquierdo fired home at the second attempt after a clever Murray pass.

"It's an away point and you have to be happy with that. Brighton didn't create too much of note so we are disappointed with the goals we conceded," said Stoke boss Mark Hughes.

"Overall we were very much in control of the game. I suppose we have to be happy with the result," he added.

© Copyright 2021 Reuters Limited. All rights reserved. Republication or redistribution of Reuters content, including by framing or similar means, is expressly prohibited without the prior written consent of Reuters. Reuters shall not be liable for any errors or delays in the content, or for any actions taken in reliance thereon.
Related News: Brighton, Stoke City, Kurt Zouma, Glenn Murray, Jose Izquierdo
COMMENT
Print this article

Sky is the limit for Kohli, says Shastri Check out what gives Kohli more pleasure... it's not 50 hundreds! Remembering Novotna: A true winner who was famed for a sporting 'choke' 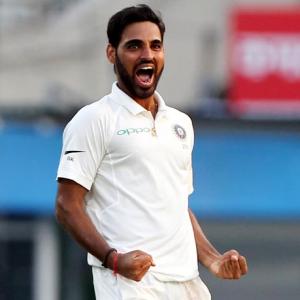