A mouthwatering finale to the season ended before it even began on Sunday when Roger Federer was forced to pull out prior to the ATP World Tour Final showdown with Novak Djokovic.

The 33-year-old Swiss, who spent nearly three hours late on Saturday beating compatriot Stanislas Wawrinka in a gruelling semi-final, announced his decision on court as the O2 Arena filled up for the expected final.

Federer, who was bidding for a seventh title at the year-ender, apologised but said he was not "match-fit" after developing a back problem.

"I hope you understand I wanted to come out personally and excuse myself for not playing ... I can't compete without a back at this level," he told the crowd who still warmly applauded, despite their obvious disappointment.

ATP president Chris Kermode, standing alongside Federer, then announced that Andy Murray, who failed to qualify for the semi-finals after being thrashed by Federer on Thursday, would play Djokovic in a one-set exhibition match instead.

Federer hopes to play for Switzerland against France in the Davis Cup final which starts on Friday.

Image: Novak Djokovic of Serbia poses with the ATP trophy on day eight of the Barclays ATP World Tour Finals at O2 Arena

© Copyright 2021 Reuters Limited. All rights reserved. Republication or redistribution of Reuters content, including by framing or similar means, is expressly prohibited without the prior written consent of Reuters. Reuters shall not be liable for any errors or delays in the content, or for any actions taken in reliance thereon.
Related News: Novak Djokovic, ATP, Roger Federer, Stanislas Wawrinka, Justin
COMMENT
Print this article 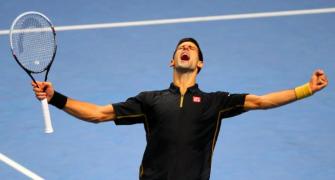 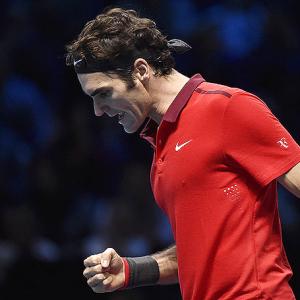 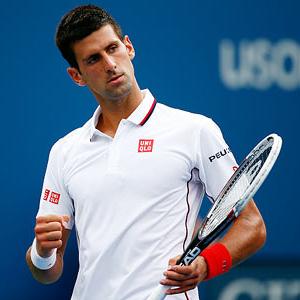