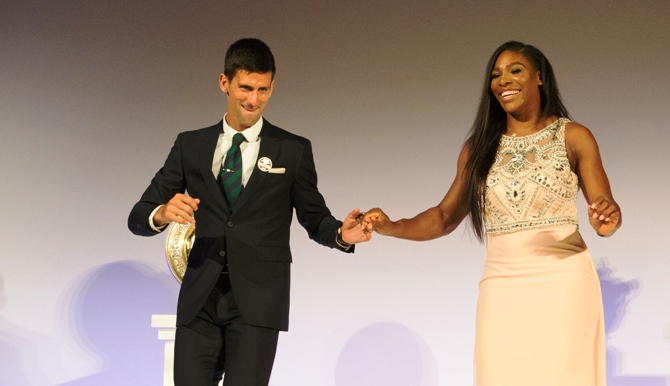 Novak Djokovic and Serena Williams were named men's and women's world champions for 2015 by the International Tennis Federation.

The Serb ended the year as men's world number one for the fourth time after taking three majors - the Australian, Wimbledon and US Open, as well as finishing runner-up to Stan Wawrinka in the French.

Williams also narrowly missed a calendar-year grand slam, winning the Australian, French and Wimbledon and reaching the her home US Open semi-final.

© Copyright 2021 Reuters Limited. All rights reserved. Republication or redistribution of Reuters content, including by framing or similar means, is expressly prohibited without the prior written consent of Reuters. Reuters shall not be liable for any errors or delays in the content, or for any actions taken in reliance thereon.
Related News: Serena Williams, Novak Djokovic, ITF, Martina Hingis, AELTC
COMMENT
Print this article