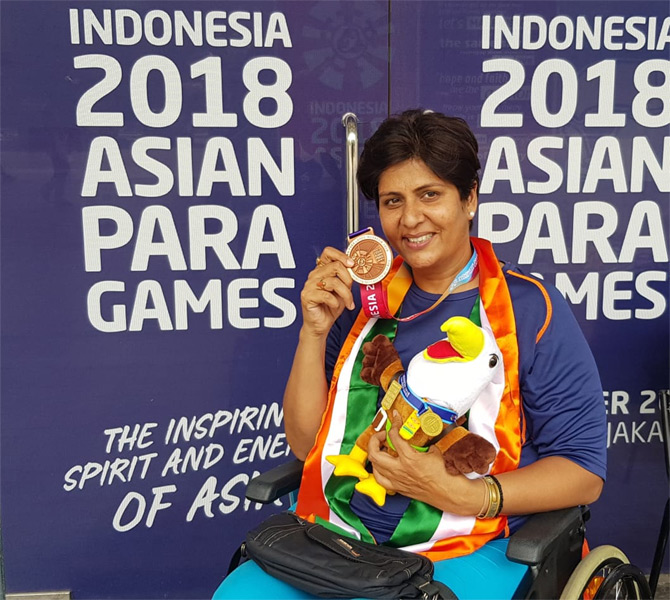 The name of 48-year-old Deepa, who won a silver in shot put F53 category in 2016 Rio Paralympics, was added for the Khel Ratna by a 12-member selection committee on the second day of the two-day meeting in New Delhi.

World No. 1 wrestler in 65kg, Bajrang was nominated for the prestigious award on Friday, by the panel headed by Justice (Retd) Mukundakam Sharma.

Olympic bronze medallist boxer M C Mary Kom recused herself from the meeting to avoid conflict of interest as her personal coach Chhotelal Yadav was in contention for Dronacharya Award.
She attended the meeting, which nominated Bajrang for Khel Ratna on Friday, but skipped the whole of second day's proceedings.

Deepa became the first Indian woman to win a medal at the Paralympics when she bagged a silver in the shot put F53 category (for para-athletes who make seated throws and have full muscle power at their shoulder, elbow and wrist in the throwing arm) at 2016 Rio Paralympic Games.

She became paraplegic when a spinal tumour made walking impossible for her 17 years ago. She was previously honoured with the Arjuna Award in 2012 and Padma Shri in 2017.

Deepa said the Khel Ratna nomination will inspire women athletes with disability to take to sport.

"I think it will give a huge inspiration to women athletes with disability. It will be a big boost for the Paralympic movement in India," she said.

Khel Ratna is given for the most spectacular and outstanding performance by a sportsperson over a period of four years immediately preceding the year during which award is to be given. The awardee is given a medal, a certificate and cash prize of Rs 7.5 lakh.

Jadeja has been an integral part of India's Test and ODI teams in the past few years. He is one of the key members of the Indian team that rose to world number one in Tests.

Poonam has been a part of the Indian team that reached the World Cup final in 2017 and semifinal of Women's T20 World Cup last year.

Shot putter Toor and heptathlete Barman had won a gold each in 2018 Asian Games in Jakarta while Anas had claimed three silver in the same Games. Chinglensana was a part of the bronze-winning team in 2018 Asian Games while Moudgil has been one of the most consistent shooters, having secured a Tokyo Olympics quota in women's 10m air rifle.

To be eligible for the Arjuna award, a sportsperson should not only have had good performance consistently for the previous four years at the international level with excellence for the year for which the Award is recommended, but should also have shown qualities of leadership, sportsmanship and a sense of discipline. The Award carries a cash prize of Rs 5 lakh.

Dronacharya Awards are given to honour eminent coaches who have successfully trained sportspersons or teams to achieve outstanding results in international competitions. The award carries a cash prize of Rs 5 lakh.

Dhyan Chand Award is given to honour those sportspersons who have contributed through their performance and continue to promote sports even after their retirement. The award carries a cash prize of Rs 5 lakh.

The awards will be bestowed by the President of India at the Rashtrapati Bhawan on the occasion of National Sports Day, which commemorates the birth anniversary of hockey wizard Major Dhyan Chand. 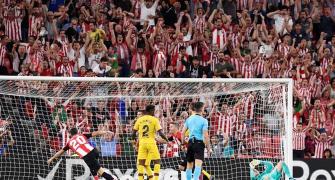 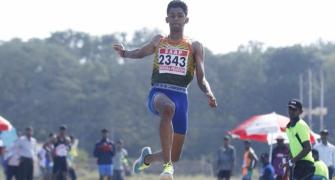 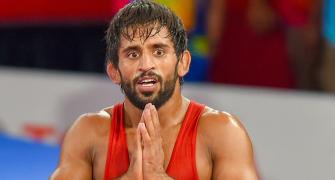 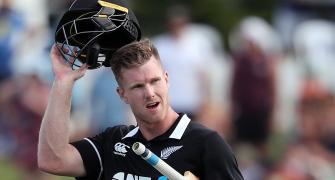 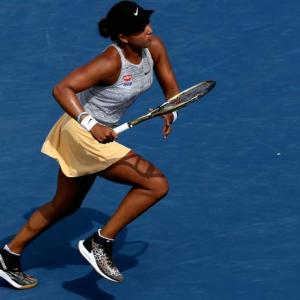