Marta's second-half penalty sent Brazil into the last 16 of the women’s World Cup with a 1-0 win against Italy on Tuesday that ensured they finished as one of the best third-placed sides.

Marta, the only player to score at five different World Cups, converted a spot kick in the 74th minute as Brazil finished third in Group C on six points, level with Italy, who top the group on goal difference.

It was Marta's 17th World Cup goal, moving her ahead of Germany's Miroslav Klose to become the outright top scorer in both the men's and women's game.

Australia beat Jamaica 4-1 to finish second in the group, also on six points, but ahead on goals scored of Brazil, who face a clash with either hosts France or Germany for a place in the quarter-finals.

“We were obviously targeting the first place in the group, but this is a World Cup after all. Now it doesn't matter who will cross our path. We can't choose it," said Marta.

"We have cleared a goal of ours: qualifying. Now it's a matter to get ready and to try to go further."

Italy coach Milena Bertolini told a new conference: “It’s hard to say it’s a nice defeat, however we are pleased to come through as group winners. It was very much unexpected as our goal was to just make it past the group phase.”

Italy looked physically superior, but it was Brazil who had the biggest early chance when Debinha flicked on a corner kick and forced Italy keeper Laura Giuliani to make a point-blank save.

Cristiana Girelli fired home after controlling superbly in the area, but the effort was disallowed for offside in the 29th minute.

Italy went close again in the 40th minute when Barbara Bonansea’s volley at the end of a quick counter-attack forced Brazil keeper Barbara to make a spectacular save.

Brazil threatened after the break, with Cristiane’s finely-taken free kick hitting the crossbar in the 52nd minute.

Brazil were eventually rewarded when they were awarded a penalty after Debinha was brought down by Elena Linari and Marta coolly converted the spot kick, wrongfooting Giuliani.

Sam Kerr struck four times to send Australia through to the last 16 of the women’s World Cup with a 4-1 victory against Jamaica on Tuesday.

Kerr struck twice either side of the interval as Australia finished second in Group C. They pipped third-placed Brazil on goals scored to set up a meeting with Norway for a place in the quarter-finals.

Jamaica bagged their first goal of the tournament through Havana Solaun but finished bottom of the Group after three defeats.

Italy topped Group C on goal difference with six points despite a 1-0 defeat against Brazil.

Kerr scored her second goal of the tournament with a header after 11 minutes to put the Matildas in the driving seat on a stiflingly hot night at the Stade des Alves.

Kerr doubled the tally three minutes before the break with another header after being left unmarked in the area.

Halftime substitute Solaun reduced the arrears as she netted Jamaica’s first women’s World Cup goal after collecting a perfect through ball from Khadija Shaw in the 49th minute.

But Kerr became the first Australian to score a hat-trick in a senior World Cup with a clinical finish after a defensive blunder by the Jamaicans.

She added a fourth seven minutes from time and that final goal allowed them to leapfrog Brazil on goals scored in the standings.

“One to tell my kids about," said Kerr.

“Any time you break a record, especially for your country, it is an amazing feeling.”

© Copyright 2021 Reuters Limited. All rights reserved. Republication or redistribution of Reuters content, including by framing or similar means, is expressly prohibited without the prior written consent of Reuters. Reuters shall not be liable for any errors or delays in the content, or for any actions taken in reliance thereon.
Related News: Sam Kerr, Brazil, Marta, Italy, Jamaica
SHARE THIS STORYCOMMENT
Print this article 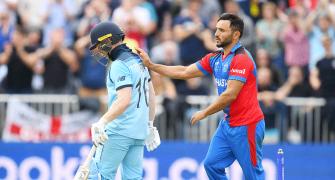 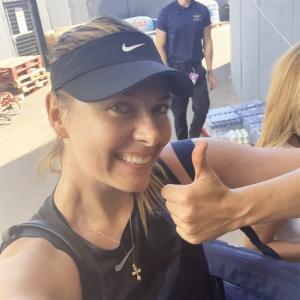