A proposal to rip up the Davis Cup format and replace it with a one-week World Cup of Tennis Finals in a single city risks "killing the soul" of the historic competition, according to Belgian tennis chief Gijs Kooken.

When it comes to producing the raucous atmospheres which help make the Davis Cup unique among tennis events, few do it as well as the Belgians who have reached two of the last three finals, losing on both occasions.

The final between Belgium and Britain in the Flanders Expo in Ghent in 2015 was an unforgettable experience for the 13,000 fans who crammed inside the arena over the three days.

Last year's first-round clash against Germany in Frankfurt and the final against France in Lille brought thousands of Belgians across the border to roar on their players.

"Our major concern is that we are risking killing the soul of the Davis Cup," Kooken told Reuters by telephone.

"The Davis Cup atmosphere is really something unique. The ITF are focusing on having a bigger event but our concern is that this part of it (the home and away format) creates big event value."

While Kooken says change is needed to ensure the participation of the world's top players - he is sceptical about the radical revamp, especially the fact that the traditional home and away ties would be lost.

"I can't imagine that (the ITF) are not thinking about this because they know what makes Davis Cup different from all the rest," he said.

"You have to change what is necessary to change and strengthen what is good or at least keep it. To drop the most unique thing of a product, that isn't the right way to develop a sport."

Royal Belgian Tennis Federation president Andre Stein was quoted in local media on Monday as saying he was "absolutely against" the proposals and that other European federations would also vote against it at the ITF's annual meeting in August.

Kooken stopped short of echoing those comments but said he thought it unlikely the plans, described as a game-changer by ITF president David Haggerty, would pass through easily.

Last year the ITF's board failed to ratify a rule-change that would have scrapped best-of-five-set matches in favour of best-of-three-set rubbers.

"Reforms last year were minor compared to this. So I wouldn't expect for it to be a positive outcome," Kooken said.

"And with the emotions involved it's very hard to predict how people will react to this."

Ultimately, however, Kooken, said making sure that the leading players commit to the Davis Cup - something that has not been the case in recent years - was vital for its future.

"What is certain is that change was needed," he said. "If the details are presented in a way that top players react positively towards it then yeah, it can go very quickly the other way. But we as a federation will discuss it with our players and captains, see how it fits into their programme."

© Copyright 2021 Reuters Limited. All rights reserved. Republication or redistribution of Reuters content, including by framing or similar means, is expressly prohibited without the prior written consent of Reuters. Reuters shall not be liable for any errors or delays in the content, or for any actions taken in reliance thereon.
Related News: International Tennis Federation, Kooken, Royal Belgian Tennis Federation, Reuters, Steve Darcis
SHARE THIS STORYCOMMENT
Print this article 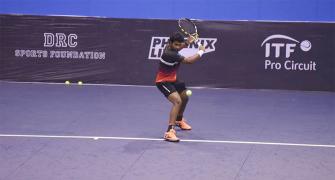 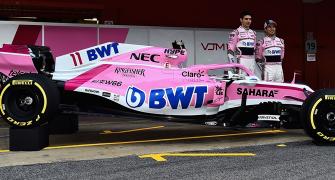 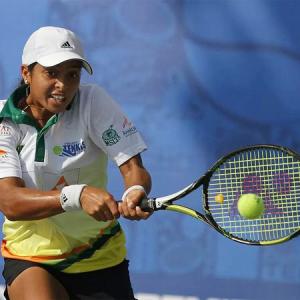 It was safe to assume Ankita won't make it to Tokyo Games: Somdev