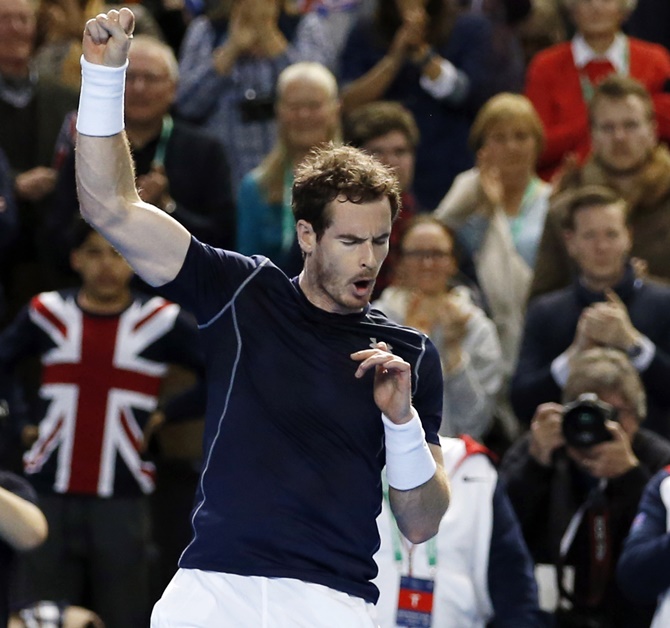 Davis Cup champions Britain were locked at 1-1 with Japan after the opening two singles of their World Group, first-round tie on Friday after Andy Murray gave the hosts the lead.

World number two Murray, playing his first match since the Australian Open final, outclassed Taro Daniel 6-1, 6-3, 6-1 to the delight of a boisterous home crowd in Birmingham.

Daniel, ranked 87th in the world, briefly knocked Murray out of his stride to break early in the second set but he was no match for the man who led Britain to their first title since 1936 virtually single-handed last November.

"I was getting a little out of breath, but I played a good match and served well," Murray said. "I had unbelievable support today and it was great to play in front of a full house."

Murray, who won 11 live rubbers in last season's march to the title, could team up with brother Jamie on Saturday, although captain Leon Smith could use doubles specialist Dominic Inglot and rest him for Sunday's clash with Nishikori. Bob and Mike Bryan spoiled Lleyton Hewitt's Davis Cup comeback by closing out a tense 6-3, 6-3, 4-6, 4-6, 6-3 doubles win that put the United States 2-1 ahead in their first round tie in Melbourne.

Former World No 1 Hewitt, who retired six weeks ago at the Australian Open, replaced Sam Groth as John Peers's doubles partner and dragged Australia back from two sets down with an inspired returning game on the temporary grass court at Kooyong Lawn Tennis Club.

But the Bryans silenced the home crowd by breaking Peers's serve in the second game of the final set and the veteran Americans then served brilliantly to deny the hosts another break-point.

Serving to stay in the match at 5-2 down, the Australians saved two match points on Hewitt's serve but conceded in the next game when Bob Bryan served to 40-0 and his brother smashed the winning volley.

Australia will pin their hopes on world number 20 Bernard Tomic upsetting 11th-ranked John Isner in the first of the reverse singles on Sunday.

The pair have played only once before, with Isner a comfortable winner at Delray Beach in 2012.

Groth, who was well beaten by Isner in the opening singles on Friday, was named to play Jack Sock in Sunday's final singles rubber during the draw on Thursday.

But Australia can still change their nomination, meaning 35-year-old Hewitt could return to the court against Sock, who lost his first singles tie in four sets to Tomic.

© Copyright 2021 Reuters Limited. All rights reserved. Republication or redistribution of Reuters content, including by framing or similar means, is expressly prohibited without the prior written consent of Reuters. Reuters shall not be liable for any errors or delays in the content, or for any actions taken in reliance thereon.
Related News: Andy Murray, Taro Daniel, Great Britain, Kei Nishikori, Japan
COMMENT
Print this article 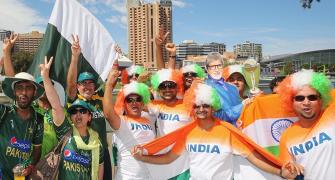 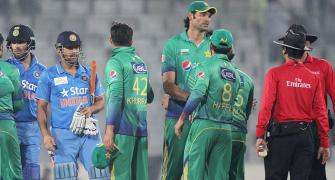 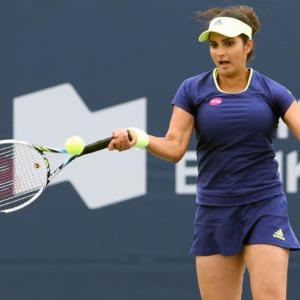 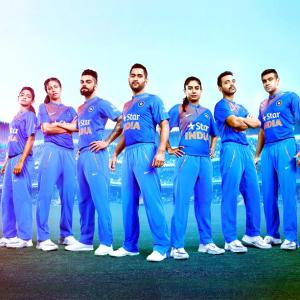