Saina Nehwal beat Scotland's Susan Egelstaf on Tuesday, to book a spot in the final of the badminton event in the Commonwealth Games.

India enjoyed unprecedented success in athletics events on Wednesday as  they collected one gold and four bronze to take their medal count to 12.

On Tuesday, the Indian women's 4x400m relay team added another gold to the one won by discus thrower Krishna Poonia on Monday.

India entered the final of the men's hockey tournament, beating England 5-4 in the tie-breaker after the teams were locked 3-3 at the end of 70 minutes' full-time and 15 minutes' extra-time.

They will meet World champions Australia, who did justice to their tournament favourite billing, thrashing New Zealand 6-2 to storm into the final.

Even though New Zealand tried to force their way into the match in the second half, Australia proved too strong for the Black Sticks as they pumped in three goals each half to register a comfortable victory.

New Zealand pulled two goals back in the second half, but the Kookaburras powered their way into the gold medal match with twin strikes in the last three minutes.

Incidentally, the match between Australia and New Zealand was an exhibition of field goals as not a single strike was from set-pieces.

Simon Orchard (25th, 70th minute) and Glenn Turner (28th, 67th) scored a double each while Jason Wilson (31st) and Desmond Abbott (43rd) also sounded the board once for Australia.

Last edition's silver medalists Pakistan squandered a two-goal lead and went down 2-3 in extra-time to South Africa in a classification match.

The Major Dhyan Chand National Stadium continued to haunt the Pakistanis as even after star Rehan Butt (28th, 58th minute) gave them a 2-0 lead, the once Asian giants conceded three penalty-corner goals to hand South Africa fifth place in the tournament.

Incidentally, it is the same ground where Pakistan registered their worst-ever World Cup performance, finishing 12th -- the last position in the game's showpiece event, earlier this year.

For South Africa Justin Reid-Ross (55th, 75th) turned out to be the star performer, converting two penalty-corners, including the golden goal, while Gareth Carr (12th) sounded the board from another set piece.

The Pakistanis were also undone by a 58th minute red card to Muhammad Irfan for bringing down South African striker Marvin Harper with a hit on his neck from behind.

Soumyadeep Roy quelled a stiff challenge from Singapore's Xiaoli Cai to enter the men's singles semi-finals in the table tennis competition on Tuesday.

The Bengal paddler started the quarter-final on a positive note and clinched the first game 11-7, but Cai clawed his way back into the match by winning the second 11-5.

In the semi-finals, Roy will take on world No 17 Gao Ning, who beat India's A Amalraj 4-1 in other match.

Amalraj proved no match for Gao, who is considered to be the best Singapore paddler. After losing the first game 1-11, he bagged the second 11-4, but went down 5-11, 5-11, 7-11 in the next three sets and crashed out of the competition.

Meanwhile, India's experienced women pair of Poulomi Ghatak and Mouma Das came up with a determined performance to overcome the Australian duo of M Miao and J F Lay 3-2 and enter the doubles semi-finals.

But it was curtains for the Indian pair of Kumaresan Shamini and Madhurika Patkar, who lost 1-3 to T Feng and Y Wang of Singapore.

In the men's doubles, Olympian Achanta Sharath Kamal and former national champion Subhajit Saha made it to the last four stage, beating Nigeria's Aruna Akinade and A Seun 3-1.

Ghosal-Chinappa bow out of squash event

India's challenge in the squash team event came to an end after the fourth seeded pair of National champions Saurav Ghosal and Joshna Chinappa went down fighting to the Malaysians duo of Nicol David and Beng Hee Ong in the quarter-finals of the mixed doubles on Tuesday.

Yesterday, the Indian challenge came to an end in the men's and women's doubles, the players losing in the pre-quarter-finals.

In the men's doubles, the eighth seeded pair of Gaurav Nandrajog and Siddharth Suchde lost to the sixth seeded Malaysian pair of Mohd Azlan Iskandar and Mohd Nafiizwan Adnan 9-11, 7-11 in 56 minutes, while the 11th seed pair of Sandeep Jangra and Harinder Pal Sandhu was no match for the fifth seeded Scottish pair of Alan Clyne and Harry Leitch, losing?5-11, 5-11 in 32 minutes.

In the women's doubles, the unseeded pair of Anaka Alnkamony and Surbhi Misra lost to the third seeded pair of Jenny Duncalf and Laura Massaro 6-11, 1-11 in 18 minutes.

Heena Sidhu and Anu Raj Singh continued India's domination in shooting as the hosts also created a new personal record at the Games.

Sidhu and Singh's gold in the women's pairs 10 meter air pistol helped India win their 31st gold medal, their best ever tally in the Commonwealth Games.

India surpassed the mark of 30 gold medals, which they secured at the 2002 Games in Manchester.

The shooters have made a mjor contribution to the haul, with 14 medals coming from the discipline and a few more expected in the coming days, while the wrestlers won 10 gold medals.

India is currently second in the medals tally with 31 gold, 25 silvers and 28 bronze behind Austraia, who have won 64 gold medals so far.

Narang, meanehile, failed in his attempt to win six gold medals after the Indian team failed to make it on the podium, finishing a dismal fifth, in the 50m rifle Prone Pairs.

Sidhu and Singh finished first with a tally of 759 on count-back, after they were level on scores with Australia and Canada.

Canada had to settle for bronze after shooting the least number of perfect 10s; they shot 14, while India and Australia had 21 shots each.

The gold medal continued to elude World champion Tejaswini Sawant, who finished with the silver in the women's 50 metre prone event.

This was India's 14th gold medal from the shooting event, swelling their tally to 31 gold medals.

World champions Australia did justice to their tournament favourite billing as they thrashed New Zealand 6-2 to storm into the final of the men's hockey event.

Even though New Zealand tried to force their way into the match in the second half,?Australia proved too strong for the Black Sticks as they pumped in three goals each?half?to register a comfortable win.

New Zealand pulled two goals back in the second half, but the Kookaburras powered their way into the gold medal match with twin strikes in the last three minutes.

Incidentally, the match between Australia and New Zealand was an exhibition of field goals, as not a single strike was from set-pieces.

Simon Orchard (25th, 70th minute) and Glenn Turner (28th, 67th) scored a double each while Jason Wilson (31st) and Desmond Abbott (43rd) also sounded the board once for Australia.

Compatriot and women's 100 metres gold medallist Osayemi Oludamola tested positive for the same substance and was suspended on Monday pending the analysis of her B sample.

"We have had approximately 1,200 tests up to last night and I again regret to inform that we have had a second anti-doping violation," Fennell told a news conference.

"This is also a Nigerian athlete, Samuel Okon, in the 110m hurdles and for the same substance, methylhexaneamine," he added.?

Okon, who finished sixth in the sprint hurdles final last Friday, had waived the right for his B sample to be tested, Fennell said, although the Federation were waiting for personal confirmation of this. 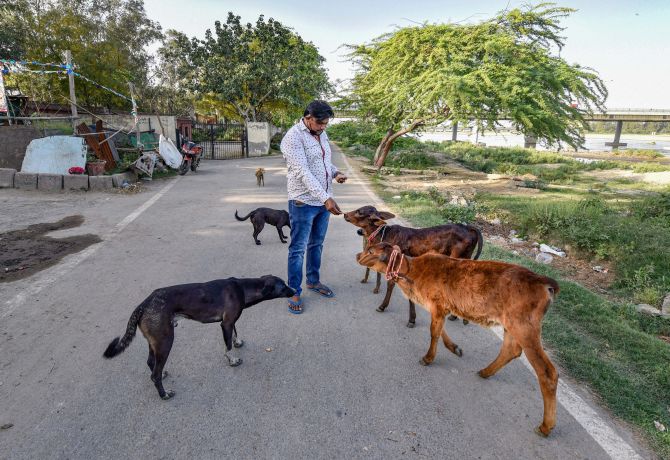 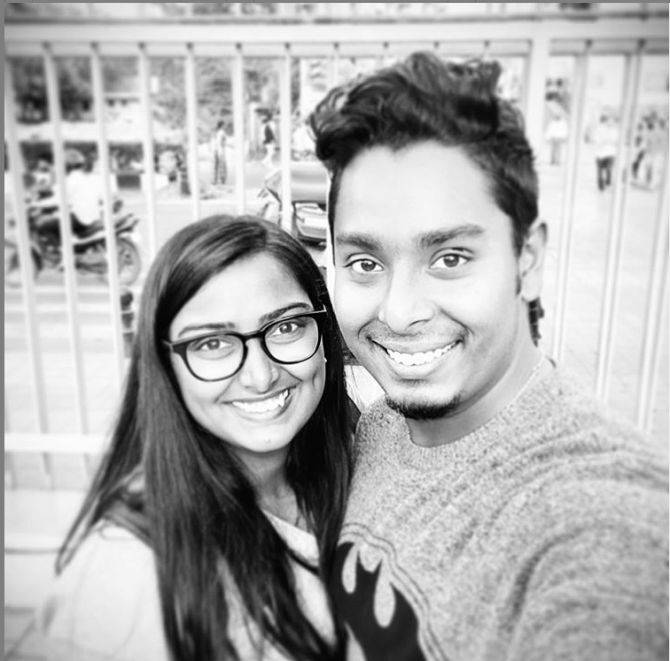 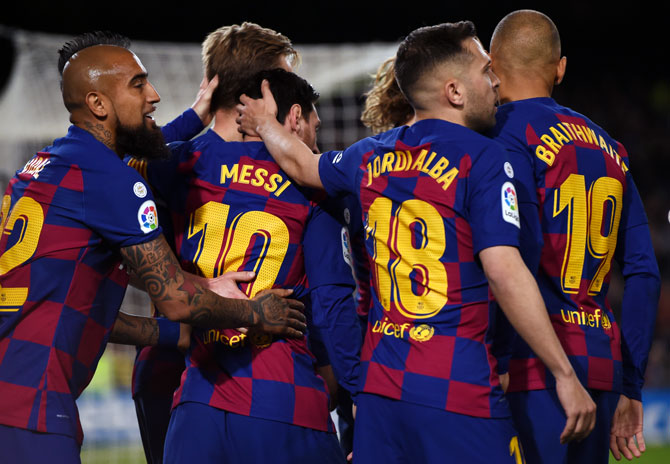 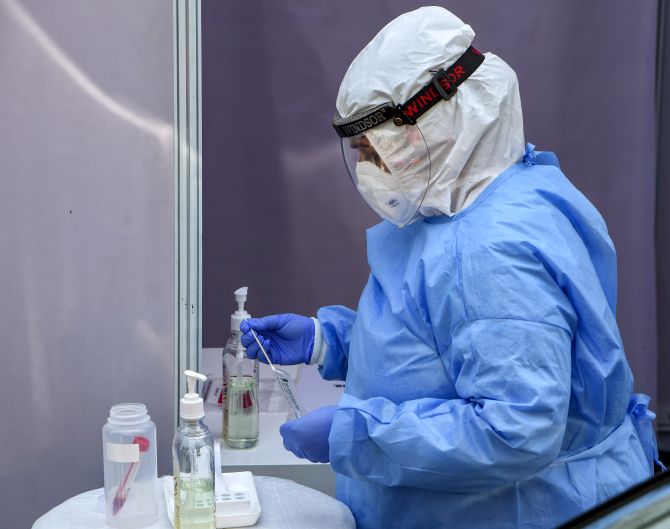