CWG construction work may drag on till October 3

Just 25 days ahead of the Commonwealth Games, deadlines for completion of key projects continue to be pushed further with Delhi Government on Wednesday saying that some works would drag on even till October 3 -- the day the mega sporting event begins.

Top officials admitted that some of the key projects including the all-important Barapullah Nallah elevated road project linking Games village with Jawaharlal Nehru stadium, the main venue of the event, will not be completed even before the September 15 deadline set by Chief Minister Sheila Dikshit late last month.

In July, Dikshit had set August 31 as the final deadline for completing all the Games projects but extended it till September 15 following incessant rains.

"We will finish everything before commencement of the event," Principal Secretary to Chief Minister P K Tripathi told a press conference.

PWD Principal Secretary K K Sharma said the Barapullah Nallah elevated road will in most likelihood be completed by September 18 while another key project UP Link road is expected to be over by September 20.

"The PWD has taken up 24 projects out of which 16 were completed and eight are in progress," he said. Sharma said all the projects related to strengthening and resurfacing of roads will be completed by September 25.

Asked about persistent delays in completion of projects and extension of deadlines further when the Games are round the corner, Tripathi blamed multiplicity of authorities for the delays and said, "valuable time was lost" due to procedural hurdles.

"There are so many projects which do not have direct link with the Games. The Games will take place even if they are not completed. We took the opportunity and included them in the list of Games projects so that infrastructure of the city could be improved," he said.

Interestingly, Sharma said two road over bridges, being built by PWD will only be completed in November, almost a month and half after the event gets over.

Holding that some projects were delayed because of court cases and late approval given by Delhi Urban Art Commission, Tripathi said the government was trying its best to complete them.

"There are processes in democracy. Every agency has its role. We are completing some of the projects, including the Barapullah Nallah road project in record time. Otherwise in normal course, these projects would have time much longer time," he said. 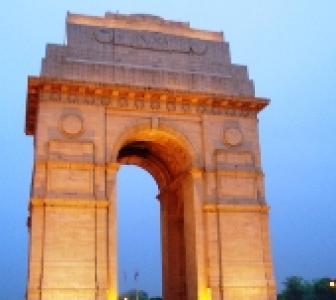 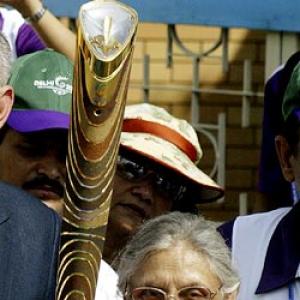