Weightlifter Achinta Sheuli (73kg) lived up to his top billing to win India's third gold at the Commonwealth Games, in Birmingham, on Sunday.

Favourite to win the event, debutant Sheuli heaved 313kg (143kg+170kg) to take the honours at the NEC Hall.

Malaysia's Erry Hidayat Muhammad, who gave Sheuli tough competition, was the second-best lifter in the event. He had a best effort of 303kg (138kg+165kg).

Earlier in the day, Mizoram teenager Jeremy Lalrinnunga produced a superlative gold-winning performance to earn India another gold in weightlifting.

It was India's second gold at CWG after Tokyo Olympics silver medallist Mirabai Chanu's on Saturday.

"I'm very happy about this; I've worked hard for this medal. A lot of sacrifices of my brother, mother, my coach and the Army have gone into this medal," said Sheuli after emerging Commonwealth Games.

"This was the first major event in my life and I'm thankful for them to help me reach here. This medal will help me in every aspect of life. There should not be looking back from now on."

Asked whom he would dedicate his gold medal to, Sheuli replied: "I wish to dedicate this medal to my late dad (who died of cardiac arrest), my brother and my coach Vjay Sharma, who slaps me if I do a mistake, keeps scolding me like I'm his own child." His 143kg effort helped him smash the Games record and improve his personal best.

Heading into clean and jerk with a five kilogram advantage, the Kolkata lifter started with a 166kg lift, which he hoisted easily.

Sheuli then faltered on his 170kg attempt only to heave the weight on the third attempt and create a new Games record in total lift (313kg).

He had to wait patiently towards the end to find out what medal he'd take home as the Malaysian attempted a 176kg lift in his last two attempts only to fail.

Asked what his coach Sharma told him before the final clean and jerk attempt, Sheuli said, "He told me this gold belongs to me, just keep calm and go for it. I was a bit nervous but his (Malaysian's) performance was way below me and I went for it."

With Sheuli's gold, the Indian weightlifting contingent collected its sixth medal from the Games. 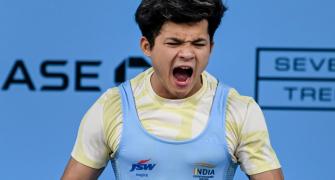 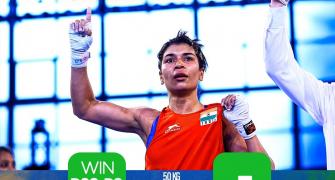 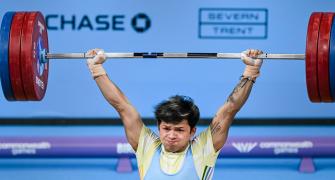 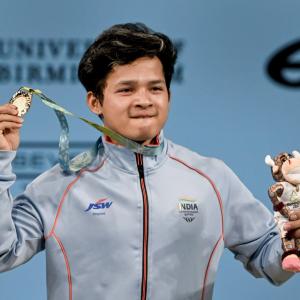 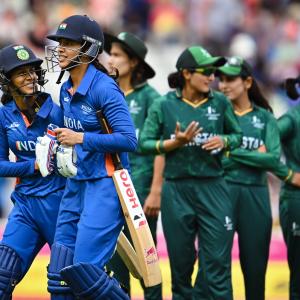 When India play Pakistan at cricket...