Ryan Napoleon has been re-instated in the Australian swimming team for the Commonwealth Games after sport's top tribunal back-dated his three-month ban for a doping offence.

On Tuesday, the Court of Arbitration for Sport announced an appeal by Napoleon had been partially upheld, bringing the ban's start date back to June and allowing him to compete at the October 3-14 Games in Delhi.

Napoleon would be free to compete in both the 400 and 1,500 metres freestyle events he had qualified for, a spokesman from Swimming Australia told Reuters said on Wednesday.

"Yes, he's back in the team and right to go for Delhi," the spokesman said.

Napoleon was given an incorrectly labelled inhaler containing the substance by a pharmacist, according to Swimming Australia.

© Copyright 2020 Reuters Limited. All rights reserved. Republication or redistribution of Reuters content, including by framing or similar means, is expressly prohibited without the prior written consent of Reuters. Reuters shall not be liable for any errors or delays in the content, or for any actions taken in reliance thereon.
Related News: Ryan Napoleon, Court of Arbitration for Sport, FINA, Swimming Australia, Delhi
SHARE THIS STORYCOMMENT
Print this article 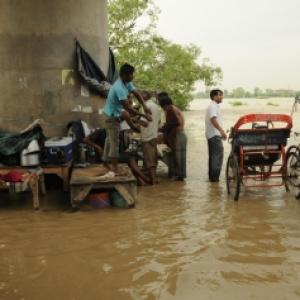