Last week the men's ATP and the WTA, which runs women's events, issued revised calendars for the resumption of the circuit from August while organisers of the US Open said the Grand Slam will be staged without fans as scheduled from August 31 to September 13 in New York. IMAGE: Austria's Dominic Thiem and runner-up Serbia's Filip Krajinovic pose with their trophies after the final match along with Dusan Lajovic of Serbia, Viktor Troicki of Serbia, Grigor Dimitov of Bulgaria, Alexander Zverev of Germany, and Novak Djokovic of Serbia at the Adria Tour charity exhibition hosted by Novak Djokovic in Belgrade, Serbia, on June 14, 2020. With both Serbia and Croatia easing lockdown measures weeks before the event, players were not obliged to observe social distancing rules in either country. Photograph: Srdjan Stevanovic/Getty Images

Last week the men's ATP and the WTA, which runs women's events, issued revised calendars for the resumption of the circuit from August while organisers of the US Open said the Grand Slam will be staged without fans as scheduled from August 31 to September 13 in New York.

Those plans, however, could need to be redrawn with Coric's positive test following that of Grigor Dimitrov, who said on Sunday he had contracted the novel coronavirus, highlighting the risks of athletes from different countries mixing without adhering to social distancing norms.

The ATP and the WTA did not respond to request for comments. Organisers of the Adria Tour could not reached for comment.

Bulgarian Dimitrov flew in to play in Djokovic's event in Belgrade and the second leg in the Croatian coastal resort of Zadar as did other top names like Dominic Thiem of Austria and Germany's Alexander Zverev.

Organisers of other sports looking to resume from the coronavirus shutdown will be watching developments with some trepidation as they try to find the safest way of getting competition back under way.

The tournament witnessed packed stands during the opening leg in Belgrade, players hugging at the net, posing for pictures together and attending press conferences together.

Djokovic organised nights out in Belgrade for the players and himself and pictures and videos of him dancing with the other participants at his event were posted on social media.

With both Serbia and Croatia easing lockdown measures weeks before the event, players were not obliged to observe social distancing rules in either country.

"It is recommended that anyone who has been in close contact for more than 10 minutes with the tennis player be advised to self-isolate for 14 days and to contact their doctor," the event organisers said in a statement on Monday. IMAGE: A video grab of Novak Djokovic and other tennis players partying the night away.

With international tennis suspended, Djokovic organised the Adria Tour as a charity event to be contested over four legs across the former Yugoslavia.

The men's world number one took the test on Monday after returning to Belgrade in the morning, Serbian media reported.

Russian Andrey Rublev, another player at the Adria Tour, said he tested negative for the virus.

"Boneheaded decision to go ahead with the 'exhibition' speedy recovery fellas, but that's what happens when you disregard all protocols. This IS NOT A JOKE," Australian player Nick Kyrgios said in a scathing social media post.

American tennis great Chris Evert also criticised the organisers for the lack of social-distancing, saying "... total physical contact, no face masks, even the fans were without masks.. I don't get it."

Organisers of the UTS, which also features men's top-10 players like Greek Stefanos Tsitsipas and Italian Matteo Berrettini, posted pictures on Friday of Thiem undergoing test after arriving at the Mouratoglou academy in Nice.

© Copyright 2021 Reuters Limited. All rights reserved. Republication or redistribution of Reuters content, including by framing or similar means, is expressly prohibited without the prior written consent of Reuters. Reuters shall not be liable for any errors or delays in the content, or for any actions taken in reliance thereon.
Related News: Novak Djokovic, Adria Tour, ATP, WTA, UTS
SHARE THIS STORYCOMMENT
Print this article 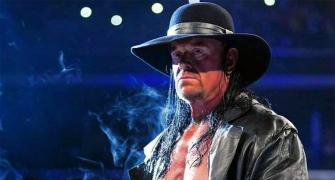 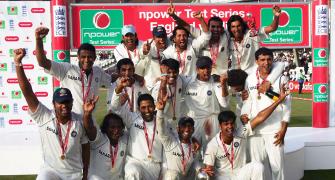 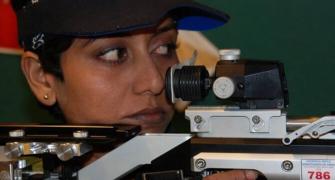