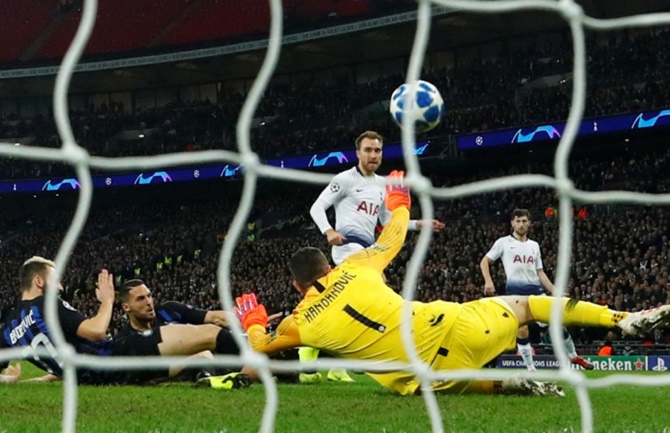 Christian Eriksen kept Tottenham Hotspur’s hopes of completing a remarkable salvage job and reaching the last 16 of the Champions League alive with a late winner in his side’s 1-0 victory over Inter Milan at Wembley on Wednesday.

Inter, needing just a draw to reach the knockout rounds at Tottenham’s expense, were holding firm until substitute Eriksen smashed home his side’s winner in the 80th minute after superb work from midfield powerhouse Moussa Sissoko.

Tottenham had one point from their opening three Group B games but with one match remaining they have seven and have leapfrogged Inter into second place by virtue of their head-to-head record against the Nerazzurri.

The hardest part is still to come, though, for Mauricio Pochettino’s side as only a win against group winners Barcelona in the Nou Camp next month will guarantee Spurs a spot in the knockout rounds for the third time.

“It will be tough but fun. We know what we have to play for,” said Eriksen.

Harry Kane added that the trip to the Nou Camp would be one to savour. “We will go all guns blazing now,” the striker said.

Eriksen and Son Heung-min, who had shone in Tottenham’s 3-1 defeat of Chelsea on Saturday that lifted them into third place in the Premier League, were both left on the bench and their late introductions proved pivotal.

But it was French midfielder Sissoko, so often a misfit since his 30 million pounds ($38.48 million) move to London in August 2016, who proved the key to unlocking Inter’s defence.

As against Chelsea, he was Spurs’ midfield engine and, with the clock ticking down as Inter parked deep, he set off on a barrelling run into the area before cutting back a pass for Dele Alli, who teed up up Eriksen to fire an unstoppable shot past Samir Handanovic.

Some of Tottenham’s best Champions League moments have come against Italian opposition, notably in their debut campaign in 2010-11 when they beat Inter at home and AC Milan away in the San Siro on their way to the quarter-finals.

There have been crushing disappointments, too — none bigger than last season’s 2-1 home defeat by Juventus in the last 16, which deprived them of a place in the last eight.

This season, they led 1-0 away to Inter in their opening group game only for late goals by Mauro Icardi and Matias Vecino to inflict a defeat which meant they have been playing catch-up ever since.

Kane’s double against PSV Eindhoven earned Tottenham their first win in the group to put their fate just about back in their own hands — but only victory over Inter would do.

Tottenham dominated the first half, with Kane releasing Alli to shoot over early on, Lucas Moura having a shot saved after another burst down the right by Sissoko and Harry Winks curling a sublime effort against the crossbar.

Inter had chances, though, with substitute Borja Valero wasting the best shortly after replacing the injured Radja Nainggolan.

Tottenham were perhaps also fortunate not to end the half with 10 men after Erik Lamela caught Marcelo Brozovic on the shin with a reckless tackle.

Spurs struggled to open up Inter after the break and when Jan Vertonghen headed wide from Eriksen’s superb free kick in the 75th minute, their hopes were fading.

With the game stretched, Hugo Lloris made a vital save to deny Inter’s Croatian striker Ivan Perisic before Eriksen struck to set up what could yet be a memorable night in Barcelona.

“It will be such a tough game. But we have belief that we can win,” Pochettino said. 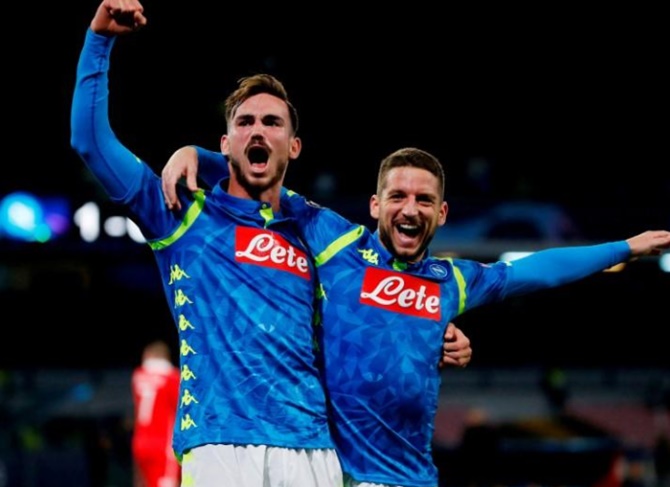 Napoli swept aside Red Star Belgrade with a typically entertaining performance as two goals from Dries Mertens helped them to a 3-1 win over the former European champions in their Champions League match on Wednesday.

Napoli stayed top of Group C with nine points from five games while the Serbian champions, on four points, were eliminated after shipping 13 goals in their three away games.

The win was not enough to guarantee Napoli a place in the round of 16 as Paris St Germain beat Liverpool 2-1 in the other game, leaving the French side on eight points and Liverpool on six.

Napoli visit Liverpool in their last match where they need to avoid losing by two goals or more, or by a 1-0 scoreline, to qualify without depending on PSG’s result away to Red Star Belgrade.

“We need to play well and win at Anfield, it’s as simple as that,” said Napoli coach Carlo Ancelotti. “The truth is that we’re top of the group which nobody would have believed at the start.”

“This team gives me a lot of excitement, which I have not felt for more than two years, and when you feel emotion you can work better. I feel Neapolitan inside.”

Napoli were quickly into their elegant stride and nearly grabbed an early lead with a delightful move.

Kalidou Koulibaly sent Jose Callejon away down the right and his low shot was back-heeled towards goal by Mertens but blocked by goalkeeper Milan Borjan.

It did not take long for Napoli to go ahead although it was from a much simpler move as a corner was flicked on by Nikola Maksimovic, allowing Marek Hamsik to tap in at the far post after 11 minutes.

Koulibaly had a header tipped over by Borjan after a move started and finished by the imposing Senegalese defender before Mertens doubled the lead following another flowing attack, flicking in Fabian Ruiz’s deflected cross brilliantly in the 33rd minute.

Hamsik set up the third seven minutes after the re-start with an incisive through ball to Mertens whose superb first touch took the Belgian away from his marker before dinking the ball over the helpless Borjan.

A crafty piece of skill from Marko Marin, who opened up the Napoli defence with a delightful reverse pass, set up Red Star’s consolation for El Fardou Ben Nabouhane five minutes later.

“Taking into account that we had a problem with injured players and that the expectations were set high for us, we managed to play a good match tonight, especially in the second half,” said Red Star coach Dejan Milojevic.

© Copyright 2020 Reuters Limited. All rights reserved. Republication or redistribution of Reuters content, including by framing or similar means, is expressly prohibited without the prior written consent of Reuters. Reuters shall not be liable for any errors or delays in the content, or for any actions taken in reliance thereon.
Related News: Napoli, Eriksen, Mertens, Red Star Belgrade, Tottenham Hotspur
SHARE THIS STORYCOMMENT
Print this article 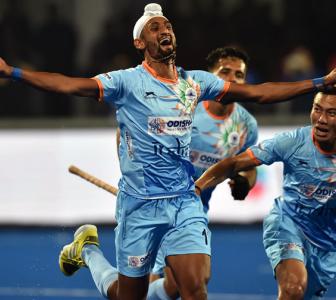 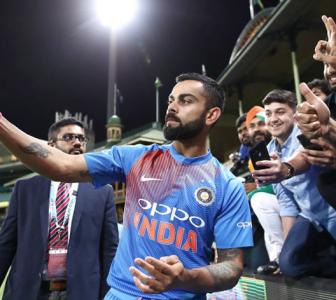 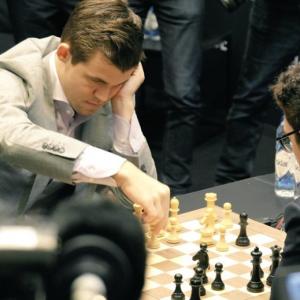 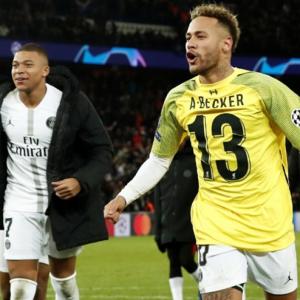