The upcoming World Series Hockey might be touted as the next big thing in Indian sport, but Hockey India on Wednesday termed the cash-rich league as a veterans' tournament and said Indian players participating in it will have to sacrifice their national jersey.

The tournament, a joint initiative of the Indian Hockey Federation (IHF) and Nimbus Sport, has been in the centre of the 'club versus country' controversy as it is not sanctioned by the sport's world body, FIH.

FIH, which recognises Hockey India as the sole governing body for hockey in India, has already warned of suspensions to players participating in WSH, a franchise-based league to be played across different cities of the country from December 17 to January 22.

"Our stand is clear we don't recognise WSH as it doesn't have FIH sanction. We prefer to call it World Senior Citizens Hockey instead of World Series Hockey as only former players can participate in it," Hockey India secretary-general Narinder Batra said.

"We have made it clear that the national camp for the Olympic qualifiers will be in full swing during the WSH and any player wanting to play in the tournament will have to sit out of the camp as well as the national squad.

"They will have to choose between country or WSH," he cautioned.

Batra again trained guns on the IHF, saying rival federation has no intention of working for the development of Indian hockey.

"IHF has ruined Indian hockey. Under IHF India did not qualify for the Olympics (2008 Beijing) and they are again trying to do the same by organising this league," he said.

Batra said all players participating in the controversial WSH will need a No Objection Certificate from their employers.

"The Indian players are mostly employees of Public Sector Undertakings and they will need NOC from their offices. It would be interesting to see whether PSUs give them NOCs or not," the Hockey India secretary said.

A host of senior overseas and Indian players, like Arjun Halappa, Sardara Singh, Sandeep Singh and Adrian D'Souza have already signed up for World Series Hockey.

He claimed that with the recognition issue more or less solved after the FIH's recent statement that it only recognizes Hockey India, many corporate houses have shown interests in pumping money into the national game.

"We have approached many business houses and they are interested in sponsoring hockey. But they told us to first solve the recognition matter, which is now settled.

"We are in talks with some companies to arrange money for rewarding players. If we manage to qualify for the Olympics, we are hoping to give the players a substantial amount of money as reward," Batra said. 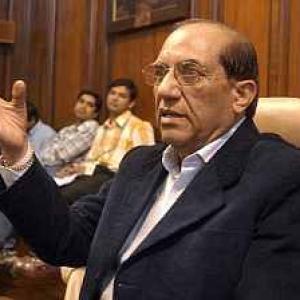