Chhetri disappoints on debut for Kansas

Indian striker Sunil Chhetri made a disappointing debut for Kansas City Wizards as he failed to score and was also shown a yellow card for a reckless tackle in his side's 1-2 loss to Colorado Rapids in the US Open Cup qualifier in Kansas City.

Two goals from Wells Thompson were enough for the Colorado Rapids to advance to the next play-in stage of the Cup and eliminate the Wizards from the competition on Tuesday night.

Chhetri played for 45 minutes and was cautioned in the 20th minute for bringing own Thompson from behind. He was replaced by Kei Kamara in the 46th minute.

The Wizards drew first blood through rookie Teal Bunbury, who scored just four minutes into the match after outrunning three Rapids defenders on the left flank.

However, Thompson responded in the 24th minute off a corner kick from Jamie Smith. Thompson took one touch and sent a close-range rocket past Eric Kronberg at the near post to level the score.

Thompson scored the winner in the 80th minute off a feed from newly-signed Argentine import Claudio Lope.

The Wizards had multiple opportunities to even the score in the stoppage time but Kamara's left-footed half volley was not on target and Rapids goalkeeper Steward Ceus tipped a late Jimmy Conrad header over the crossbar.

The diminutive Indian did not play in Wizards' second MLS match against the Rapids on April 10 as he did not have his clearance papers from the United States Soccer Federation and the MLS.

"Sunil is a guy that has good attacking tendencies. He's had a bit of time to settle in, so it should be a seamless transition," Wizards Manager Peter Vermes had said after official announcement of Chhetri's inclusion.

Chhetri has scored four goals in two games for Wizards' reserve team, including a hat trick against the University of Evansville two weeks ago.

The Wizards have won the US Open Cup once, defeating the Chicago Fire 1-0 in 2004 final. 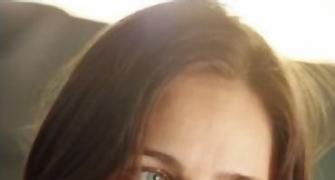