Constant changes in the rules of field hockey have affected the performance of former giants of the game -- India and Pakistan -- while benefiting European teams the most, according to ace Pakistan forward Rehan Butt.

"The rules of the game are constantly being chopped and changed by the strong European lobby. They have removed the off side rule and have also done away with the rule, which penalised 'turning'. Such rule changes have been done to the detriment of India and Pakistan," Butt said.

Butt pointed out that officials from neither India nor Pakistan are strong enough to prevent the change of rules from being implemented at the international level. 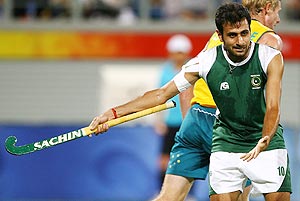 "The European lobby is very strong", said the 31-year-old striker, who was a member of the Pakistan team that won the Champions Trophy bronze medal for three straight years -- 2002, 2003 and 2004.

Butt, who is one of the Pakistan players signed up by Nimbus Sport and Indian Hockey Federation -- the joint promoters of the forthcoming World Series Hockey, said the tournament was very important for his career.

"It is a very important tournament for me," said the former Pakistan skipper, who would be leading one of the eight teams in the competition to be held from December 15, 2011 to January 22, 2012 in eight cities across India.

Asked about reports in Pakistan that senior players like he himself and Sohail Abbas were being eased out of the national team for next month's Asian Champions Trophy, Butt said he and the penalty corner ace had themselves requested for a break after playing continuously.

"I, Sohail Abbas and Salman Akbar have requested for a break after having played continuously. We want to be given a rest for the Asian Champions Trophy (in China). But I am available for the four-nation tournament in India next month," he said.

The four-nation tournament is to be played immediately after the ACT, from September 19-26, and is seen as a good preparation by the Pakistan Hockey Federation for December's Champions Trophy, also to be hosted by India.

Butt did not think there would be any problem for him in getting permission from PHF to play in the WSH, which is not conducted by Hockey India, whom International Hockey Federation (FIH) recognises.

"I don't expect any problems in getting permission from the Pakistan federation," said the frontliner who has represented his country in the last two Olympics and World Cups.

Asked how long he intends to play, Butt said, "at least till the 2012 London Olympics". 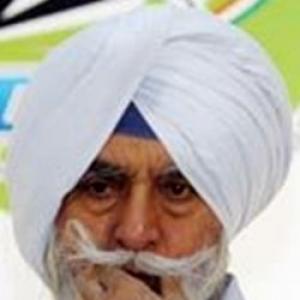 I am willing to coach the Indian team: Zaman