Pakistan's hopes of a triumphant return to Champions Trophy hockey were dashed after 4-2 defeat to Spain, in Auckland, on Monday.

In other matches, defending champions and Pool A leaders Australia proved too good for Great Britain, winning 4-1, while The Netherlands prevailed over perennial rivals Germany 2-1 to top Pool B.

Two second-half goals by Pau Quemada enabled Spain hand Pakistan their second defeat in as many matches, knocking the Green Shirts out of medal contention at the last major tournament before the London Olympics.

Shakeel Abbasi restored parity in the ninth minute, when Spanish goalkeeper Francisco Corte got a glove to his looping shot but could not prevent the ball dribbling over the line.

Gabriel Dabanch restored Spain's lead before half-time when he latched onto a pass in the Pakistan area and executed a deft turn to evade two oncoming defenders before scoring.

Pakistan's intensity lifted after the break and the reward came when Sohail Abbas, the highest scorer in world hockey, made it 2-2 with a trademark drag-flick goal from a penalty-corner.

Pakistan created chances as Abbasi drove the attack but failed to convert them, while Quemada made no mistake slotting home penalty goals in the 57th and 65th minutes.

In the other Pool A match, Australia had little trouble defeating Great Britain.

Chasing an unprecedented fourth straight title, the Kookaburras found their rhythm after a stuttering display against Spain in the opening round, with goals from Matthew Butturini, Matt Gohdes, Luke Doerner and skipper Jamie Dwyer.

A brilliant goal from Rogier Hofman gave The Netherlands a superb win over Olympic and European Champions Germany in the third match on Day 2.

With the scores locked at 2-2 with five minutes of the match remaining, Hofman picked the ball down the left before surging into the circle, playing exchanging passes with a team-mate and forcing home from close range.

It was The Netherlands' fifth successive victory against Germany in the Men's Champions Trophy, having not lost to their opponents in their last nine meetings.

The win puts The Netherlands clear at the top of Pool B.

Theere was nothing to choose between the two European giants in the first half, with both sides enjoying good possession and creating numerous scoring opportunities. Teun de Nooijer set up the first goal with an accurate pass to Billy Bakker, who made no mistake with his shot to give The Netherlands the lead after 12 minutes.

Germany's Tobias Matania soon tied things up with a cracking reverse stick strike before Thilo Stralkowski brilliantly created a goal for Christoph Menke to give Germany a 2-1 lead.

Shortly before the break, Jeroen Hertzberger pulled The Netherlands level when he cut inside his marker and crashed a reverse stick shot between the legs of Germany keeper Max Weinhold.

The second half was far more one- sided, as the Dutch forced the Olympic champions deep into their own territory. Netherlands forward Valentin Verga almost scored when he moved past the keeper but failed to get his shot on target before numerous Dutch penalty-corner chances went begging.

Eventually though, the German resistance faltered when Hofman produced his moment of magic to give The Netherlands an excellent and deserved triumph.

New Zealand got their campaign back on track, after the 2-1 defeat to Germany on the opening day, with a stunning 6-1 win over Korea, a team ranked one place above them in the FIH World Rankings.

Shea McAleese (2), Phil Burrows, Nick Wilson, Shay Neal and Andrew Hayward were all on target as New Zealand gave their many fans in the stadium plenty to feel happy about.

Despite the score-line, the Koreans were far from outplayed in the game, being denied on numerous occasions by some fantastic goalkeeping from New Zealand's Kyle Pontifex.

New Zealand will qualify for Pool C (the Championship Pool) if they defeat The Netherlands on Tuesday, while Korea will have to play for 5-8 places. 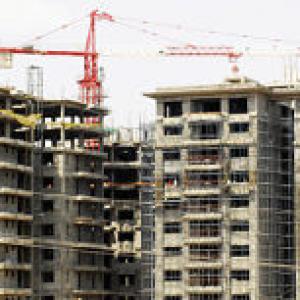