Milan qualified with a 3-1 win at Anderlecht, their goals including a spectacular overhead kick by Philippe Mexes which was a near carbon copy of Zlatan Ibrahimovic's extraordinary effort for Sweden against England last week.

Paris St Germain, Arsenal and Bundesliga pair Borussia Dortmund and Schalke 04 were the other teams to qualify with a match to spare as the competition continued on its predictable course.

It was the 13th consecutive occasion that Arsenal manager Arsene Wenger has led his side into the last 16. 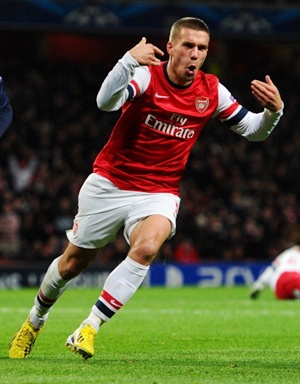 Seven other sides - Malaga, Barcelona, Porto, Manchester United, Valencia, Bayern Munich and Shakhtar Donetsk - are already through, turning the final round of matches on Dec 4/5 into a damp squib with only three places up for grabs.

The group stage, where half the 32 teams progress, is often criticised as being a foregone conclusion for the top sides and this season's contest has gone pretty much to form.

None of the 13 qualifiers can be described as a major surprise although Shakhtar's progress in a group containing holders Chelsea and Juventus may have raised some eyebrows.

Chelsea, who sacked Roberto Di Matteo on Wednesday and replaced him temporarily with Rafa Benitez, lost 3-0 at Juve on Tuesday to stand on the brink of following Premier League champions City through the trapdoor as English riches prove not enough to dominate Europe this time.

Nine-time champions Real Madrid, who suffered the setback of a defeat at Dortmund on the way, went through with a 1-1 draw at City, who were eliminated at the group stage for the second time in a row.

Karim Benzema gave Jose Mourinho's team the lead as they dominated the early stages and Sergio Aguero's 74th minute penalty was too late to save the hosts in Group D, even after Alvaro Arbeloa was sent off.

City manager Roberto Mancini said that winning the Champions League was not something that could be achieved overnight.

"If we think we can win a Champions League after two years, I think we are crazy," he told reporters. "We are a good team, but we made some mistakes."

But Real coach Jose Mourinho, whose side only go through as group runners-up to Dortmund, was non-plussed at his opponents' premature exit.

"We played a great game tonight, particularly in the first half and did enough to win the game by a reasonably comfortable margin, maybe by 2-0," he said.

Bundesliga champions Dortmund gave the evening's most impressive display as they trounced four-times European champions Ajax Amsterdam 4-1 away in the same group despite allowing their opponents much of the possession.

Mario Goetze scored one goal and was involved in two others scored by Marco Reus and Roberto Lewandowski as Juergen Klopp's ruthlessly efficient side raced to a 3-0 halftime lead in Amsterdam.

Lewandowski added the fourth before Daniel Hoesen pulled one back as once mighty Ajax, no longer able to compete with the financial clout of clubs from bigger leagues, fell at the group stage for the third season in a row.

Seven-times champions AC Milan put their Serie A problems behind them as Stephan El Shaarawy, Mexes and Alexandre Pato scored in the second half at Anderlecht in Group C.

The highlight came when Frenchman Mexes chested up the ball on the edge of the area and sent a dipping bicycle kick into the far corner of the net to surprise even Milan's unflappable coach Massimiliano Allegri.

"I don't remember what expression I made," Allegri told Mediaset TV. "Philippe scored a great goal but honestly I thought the ball went over."

Malaga, who had already qualified from the group, guaranteed top spot with a 2-2 draw at Zenit St Petersburg.

Zenit's elimination followed a miserable group stage for themselves and fellow Russians Spartak Moscow, who have mustered only two wins between them.

Ezequiel Lavezzi scored his first goals for Paris St Germain to help the big-spending Qatari-owned French side win 2-0 at Dynamo Kiev and qualify from Group A, joining Porto who were already though.

The Portuguese side enjoyed a 3-0 win over Dinamo Zagreb with Lucho Gonzalez, Joao Moutinho and Silvestre Varela sharing the goals.

Arsenal's 2-0 win over Montpellier and Schalke's 1-0 defeat of Olympiakos Piraeus meant both sides progressed from Group B.

A 30-metre strike from Austrian international Christian Fuchs in the 77th minute gave Schalke a deserved win against the Greeks.

Jack Wilshere's first goal since returning from a long-term injury and a net-bulging Lukas Podolski thunderbolt gave Arsenal victory over the hugely disappointing French champions, who have mustered only one point.

© Copyright 2020 Reuters Limited. All rights reserved. Republication or redistribution of Reuters content, including by framing or similar means, is expressly prohibited without the prior written consent of Reuters. Reuters shall not be liable for any errors or delays in the content, or for any actions taken in reliance thereon.
Related News: Manchester City, Arsenal, AC Milan, Borussia Dortmund, Real Madrid
SHARE THIS STORYCOMMENT
Print this article
FIFA to hear case over South Korea Olympic protest 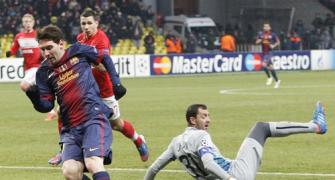 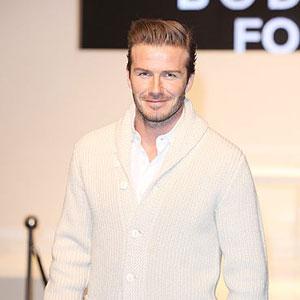 Where next for Beckham after Galaxy exit?