In the day's other fixtures, Croatian champions Dinamo Zagreb took a big step towards the next stage with a 2-0 win at Georgians Saburtalo and Copenhagen won at Welsh side The New Saints by the same score.

PSV, who won Europe's premier club competition in 1988, looked in the driving seat when Portuguese winger Bruma fired them ahead in the 14th minute after good work by Donyell Malen.

Striker Albian Ajeti levelled on the stroke of halftime after he was put through by Luca Zuffi, who produced another assist in the 79th minute for defender Alderete Fernandez to turn the match on its head.

Yet PSV had the last laugh as late substitute Sam Lammers headed home an 89th-minute equaliser and Malen was the home side's hero deep into stoppage time when he flicked in an Erick Gutierrez corner.

Dinamo missed a string of chances before Mislav Orsic headed home an Izet Hajrovic cross midway through the second half and Bruno Petkovic made it 2-0 with a late penalty.

Pieros Sotiriou gave Copenhagen an 18th-minute lead at TNS and a Robert Skov penalty on the hour made sure the Danish side will head into the return leg with a commanding advantage.

Several superb saves by Olympiacos goalkeeper Jose Sa kept the Greek side afloat at Plzen and the visitors also enjoyed a slice of luck when Guilherme hit his own post with a miskicked clearance amid intense pressure from the home side. 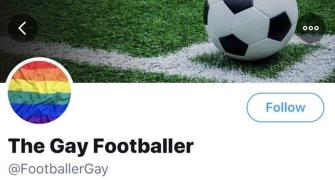 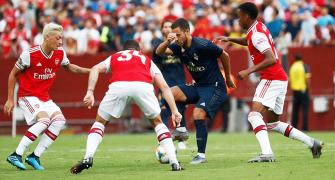 PIX: Bale scores on return as Real edge past Arsenal 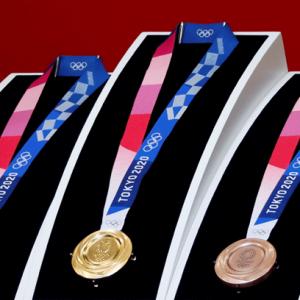