The Executive Board of the CGF took the decision at its General Assembly in Delhi on Monday after federation president Michael Fennell reported on the process that led to the decision.

"Fiji's Commonwealth status was fully suspended on September 1 by the Commonwealth's Ministerial Action Group and, therefore, it does not meet our own constitutional requirements for membership," Fennell told reporters after the CGF General Assembly.

The decision came following Fiji's failure to meet the ultimatum to come out with a time schedule for holding democratic elections in their country no later than October 2010.

However, sympathising with the nation's athletes, the CGF has decided to send a recommendation at the Commonwealth Heads of Government meeting next month to remove sports from the purview of the suspension.

"The CGF Executive Board and all members of the General Assembly had great sympathy for the plight of the Fijian athletes who are aspiring to compete in Delhi," Fennell said.

"Hence, the General Assembly has endorsed my proposal to lead a delegation to the Commonwealth secretary-general, requesting him to take forward to the Commonwealth Heads of Government Meeting, a recommendation from us that sport (field) be removed as part of the sanction imposed upon a nation suspended from the Commonwealth," Fennell said.

"This would provide an opportunity for the athletes of Fiji to participate in the 2010 Delhi Commonwealth Games," he said.

In its General Assembly, the Executive Board of the CGF also reviewed the progress of the preparations of 2014 Glasgow Games.

In other important decisions, the CGF General Assembly also fixed the dates of 2011 Commonwealth Youth Games to be held in Isle of Man and awarded the next edition of the Games to Samoa.

"The 2011 Commonwealth Youth Games, which is the fourth edition, will be held from September 7-13. The Assembly also decided to give Samoa  the hosting rights for the 2015 Games even though, the representatives of the country could not attend today's Assembly due to recent Tsunami there," Fennell informed.

In another important disclosure, the CGF president said three countries are in the running for the 2018 Commonwealth Games.

"Three cities are interested in hosting 2018 Games. Abuja in Nigeria, Auckland and Australia's Gold Coast will be bidding for the 2018 Games," Fennell said. 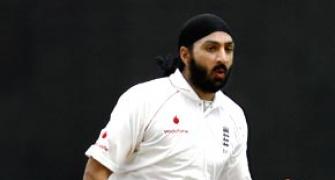 'No security guarantee for CWG athletes'