Neymar converted a penalty with the final kick of the match to hand Brazil a 2-1 win over arch-rivals Argentina in a friendly international at the Serra Dourada in Goiania on Wednesday.

The match was the first of two between teams drawn only from the domestic leagues of two great South American rivals. They will meet again in the north Argentine city of Resistencia on October 3. 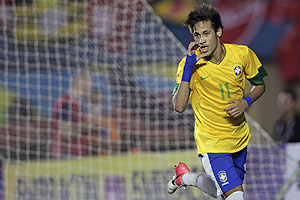 The penalty, awarded for a handball by Argentina defender Leandro Desabato, turned chants from local fans against Brazil coach Mano Menezes into joyful celebration at the late victory.

Argentina, on the back foot for the opening 20 minutes, went ahead in their first dangerous incursion into the Brazil penalty area.

Striker Juan Manuel Martinez, who plays in Brazil for Corinthians, passed out wide to Clemente Rodriguez before heading into the box to collect the left back's cross and beating goalkeeper Jefferson with a shot inside the near post.

Last year in matches between home-based selections, the rivals drew 0-0 in Argentina with Brazil winning the return fixture 2-0.

Argentina won 4-3 in a friendly in New Jersey between the full national sides in June courtesy of a Lionel Messi hat-trick.

© Copyright 2021 Reuters Limited. All rights reserved. Republication or redistribution of Reuters content, including by framing or similar means, is expressly prohibited without the prior written consent of Reuters. Reuters shall not be liable for any errors or delays in the content, or for any actions taken in reliance thereon.
Related News: Argentina, Brazil, Neymar, Juan Manuel Martinez, Alejandro Sabella
COMMENT
Print this article 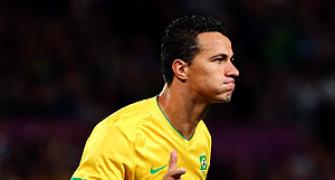 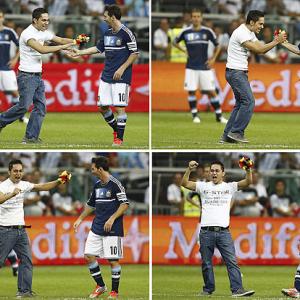 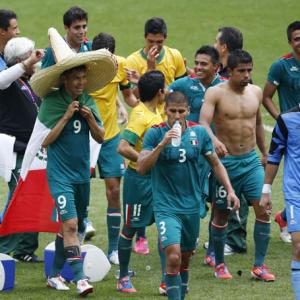