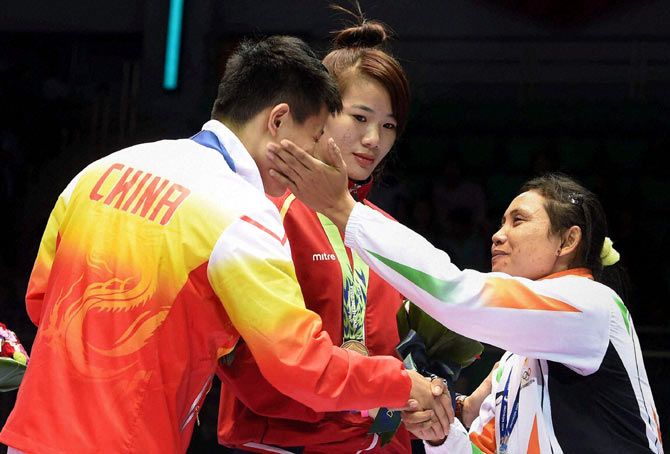 Sarita was robbed off a shot at the gold medal after losing the 60kg semi-final bout against Korea's Jina Park. Out of frustration and exasperation, a crying Sarita returned the medal during the ceremony, in Incheon, on Wednesday.

"AIBA has already proceeded its Disciplinary Action Process to review this case, and the decision will be made immediately after the Asian Games," AIBA said in a statement.

AIBA in its statement said that its supervisor and Technical Delegate David B Francis has submitted a report to the Olympic Council of Asia (OCA) concerning the case.

"The whole incident looked like a well planned scenario by her and her team, and it is regretful to watch a boxer refuse the medal regardless of what happened in the competition," Francis wrote.

"In this regard, as the Technical Delegate, I had to request OCA to review this incident, so any boxer or athlete in other sports will not follow in her footsteps by respecting the spirit of fair-play and sportsmanship of the Olympic Movement," added Francis.

The AIBA Supervisor argued that the whole Indian Boxing Team was protesting the AIBA Referees and Judges’ system and management, which was "obviously caused by a lack of understanding of the AIBA Technical and AOB Competition Rules."

The report further added that while protesting, the Indian did not follow the AIBA Technical Rules and protested against the judges’ decisions, though the Rules only allow a protest against the Referee’s Decision. 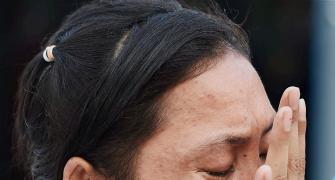 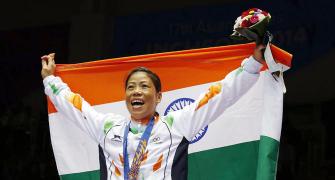 Mary Kom wins gold, but disappointment all around 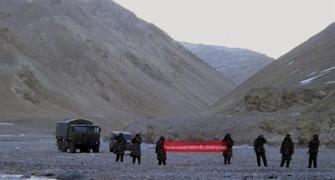 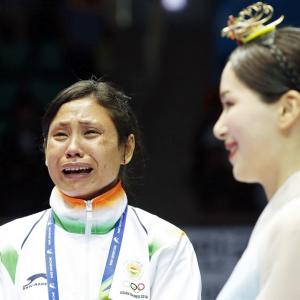 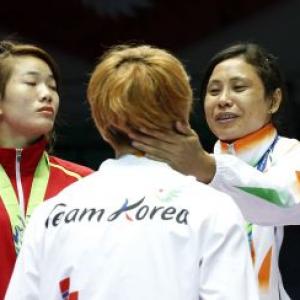