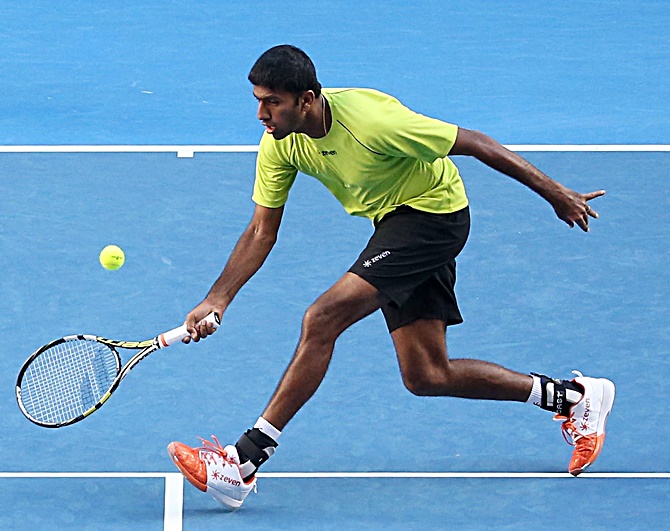 Rohan Bopanna and Pablo Cuevas yet again failed to click as a team, losing the closely-fought opening round of the ATP Indian Wells Masters to Novak Djokovic and Viktor Troicki, in Indian Wells, on Saturday.

Bopanna and his partner from Uruguay were playing their third tournament together this season and have managed to win just one match at the Australian Open.

The Indian was hoping for better results, specifically at the Grand Slams, after teaming up with singles world number 30 for the 2017 season. They had lost first round at Apia International in Sydney.

Bopanna though has enjoyed good results with other partners. He won title at the season-opening Chennai Open with compatriot Jeevan Nedunchezhiyan and ended runners-up with Poland's Marcin Matkowski in Dubai last week.

The Indian challenge is still alive in the ATP Masters event with Leander Paes and Juan Martin Del Potro set to challenge Sam Querry and Gilles Muller in their opening round.