Oscar Pistorius (centre) is escorted to a police van after his sentencing at the North Gauteng High Court in Pretoria. Photograph: Siphiwe Sibeko/Reuters

Olympic and Paralympic sprinter Oscar Pistorius started his five-year jail sentence on Tuesday for killing his girlfriend Reeva Steenkamp, marking the end of a trial that has gripped South Africa and millions around the world.

His uncle, Arnold Pistorius, indicated he would not appeal.

As judge Thokozile Masipa gave her decision on the 27-year-old's culpable homicide conviction, Pistorius, whose downfall has been likened to that of American football star O J Simpson, stood resolutely in the dock.

His only reaction was to wipe his eyes before two police officers led him to the holding cells beneath the High Court in the heart of the South African capital.

Ninety minutes later, an armoured police vehicle carrying Pistorius - still dressed in dark suit, white shirt and black tie - left the building through a throng of reporters towards Pretoria Central Prison, where he is expected to serve his time.

Once the execution site for opponents of South Africa's former white-minority government, the jail is now home to the country's most hardened criminals, including the man known as "Prime Evil", apartheid death squad leader Eugene de Kock.

Prisons officials said Pistorius, whose lower legs were amputated when he was a baby, would be housed in a separate and secure hospital wing of the massive complex.

"ONE LAW FOR ALL" Oscar Pistorius stands in the dock as his sentence is delivered at the North Gauteng High Court in Pretoria. Photograph: Herman Verwey/Pool/Reuters

In delivering her decision, 67-year-old Masipa stressed the difficulty of arriving at a decision that was "fair and just to society and to the accused".

She also rebuffed suggestions that Pistorius - a wealthy and influential white man - might be able to secure preferential justice despite the "equality before law" guarantee enshrined in the post-apartheid 1996 constitution.

"It would be a sad day for this country if an impression were created that there is one law for the poor and disadvantaged, and one law for the rich and famous," she said.

Steenkamp, a 29-year-old law graduate and model, died almost instantly on Valentine's Day last year when Pistorius shot her through a locked toilet door at his luxury Pretoria home.

Prosecutors pushed for a murder conviction, but the athlete maintained he fired in the mistaken belief an intruder was hiding behind the door, a defence that struck home in a country with one of the world's highest rates of violent crime.

The ruling African National Congress' Women's League, which is at the forefront of political efforts to tackle violence against South African women, on Tuesday called for an appeal by the state against the September 12 culpable homicide conviction.

But Steenkamp's family said it is satisfied with the sentence.

"Justice was served," family lawyer Dup De Bruyn told reporters outside the court. The judge has given "the right sentence", he said. Oscar Pistorius speaks to his family members after being sentenced at the North Gauteng High Court in Pretoria. Photograph: Herman Verwey/Pool/Reuters

With no minimum sentence for culpable homicide, South Africa's equivalent of manslaughter, Pistorius could have been punished with a few years of house arrest combined with community service.

Before the decision, protesters picketed outside the court, a sign of the anger that might have ensued and the damage that might have been done to an often-criticised judicial system if the sentence were seen as too light.

"Why are certain offenders more equal than others before the law?" said protester Golden Miles Bhudu, dressed in orange prison garb and wrapped in chains as he ridiculed Pistorius' retching and crying during the seven-month trial, the first in South Africa to be broadcast live throughout.

However, Masipa pointed to the moral and philosophical changes South Africa has undergone since the end of white rule and the 1994 election of Nelson Mandela, saying the courts are no longer about mob justice and an "eye-for-an-eye".

"As a country we have moved on from the dark ages," she said. "Society cannot always get what they want because courts do not exist to win popularity contests."

Many ordinary South Africans were unimpressed, especially after Pistorius' defence lawyer, Barry Roux, said he expected the athlete to serve only 10 months of the five-year sentence behind bars, and the remainder under house arrest.

"They are only scaring him with this sentence. It shows our society hasn't transformed," said Johannes Mbatha, a 38-year-old minibus taxi driver waiting at a Johannesburg bus station.

"If it was a black man he would have never received such a light sentence. But that's how things are in South Africa."

In Steenkamp's home town of Port Elizabeth, a handful of family friends at a bar owned by her parents raised their hands in recognition of the five-year sentence.

"I thought he would walk," said 50-year-old Martin Cohen, who worked as a race horse trainer with Steenkamp's father, Barry, who suffered a stroke shortly after his daughter's killing.

The state prosecuting authority, which has two weeks to decide whether to launch an appeal against the verdict, said Pistorius was likely to serve at least a third of his sentence in prison or 20 months.

On a separate conviction for firing a handgun in a packed Johannesburg restaurant, Pistorius was given a three-year suspended sentence.

Even if he is freed early, Pistorius will not be able to resume his athletics career until his full term is served, the International Paralympic Committee said, ruling out any appearance at the 2016 Rio Olympics.

Known as "Blade Runner" because of his carbon-fibre prosthetics, Pistorius became one of the biggest names in world athletics at the London 2012 Olympics when he reached the semi-finals of the 400m race against able-bodied athletes. 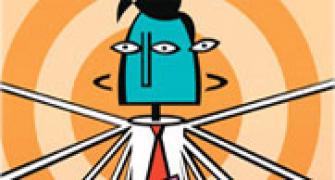 How to keep your job in a slowdown 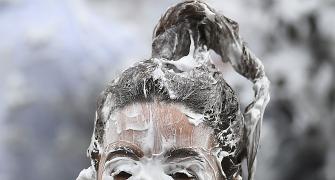