Sania Mirza and Mahesh Bhupathi inched towards their second Grand Slam title together as they progressed to the mixed doubles semi-finals of the French Open after shocking second seeds Kveta Peschke and Mike Bryan.

The seventh seed Indian pair breezed past the Czech-American pair 6-2, 6-3 in just under an hour in the quarter-finals of the clay court Major.

The Indians saved all the four breakpoints they faced in the match and converted four of the five chances they got.

Bhupathi and Mirza, the winners of the 2010 Australian Open, now await the winner of the other quarter-final match between the pairs of Galina Voskoboeva/Daniele Bracciali and Nuria Llagostera/Oliver Marach.

Another Indian in the fray is Leander Paes, who along with Russian partner Elena Vesnina is set to take on top seeded Liezel Huber and Max Mirnyi in another last-eight stage contest. 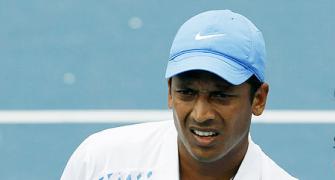 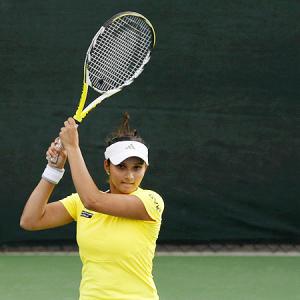