Barcelona plan to drop the UNICEF logo from the front of their first-team shirts from July and replace it with the name of their new Qatari sponsor, a vice president of the La Liga club said on Tuesday.

The Spanish champions are one of the few clubs in world soccer not to have a corporate logo on their shirts, instead displaying the name of the United Nations Children's Fund, for which they pay the organisation 1.5 million euros a year.

However, they last month agreed a record five-year sponsorship deal with Qatar Sports Investment worth 30 million euros ($41 million) a season and will have "Qatar Foundation" emblazoned on their shirt fronts from July 1.

"It has been decided that the Qatar Foundation logo will go on the front of the shirt, on the breast," Barca vice president Javier Faus said at a news conference. 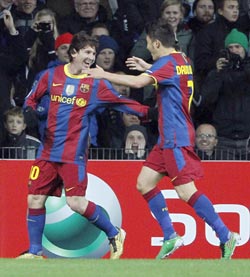 "In the end, there will be only two words 'Qatar Foundation' in yellow," he added. "UNICEF will go on the back underneath the player's name."

The sponsorship deal, the biggest for any soccer club, will net as much as 170 million euros, including 15 million euros for commercial rights for the current season and a bonus for winning titles that could be as much as 5 million.

The agreement with the Emirate prompted allegations they had sold out and were compromising their ideals for material gain.

Barca officials argued that the injection of funds at a delicate time for the club's finances was necessary to pay for the development of their sports teams.

"We have solved some of them with the Qatar Foundation sponsorship deal but we still have many challenges ahead."

Faus said it was not clear whether the UNICEF logo would be allowed to appear on shirts worn in the Champions League, Europe's elite club competition.

"What we can guarantee is that every FC Barcelona shirt that is sold around the world will have the UNICEF logo on the back."

Qatar was chosen in December by soccer's governing body FIFA to host the World Cup in 2022, when it will become the first Arab country to stage the finals, and Barca coach Pep Guardiola was one of the ambassadors for the bid.

The sponsorship deal includes a commitment for the club to play one friendly per season and the Qatar Foundation will take part in joint projects with UNICEF and Barca's own foundation.

© Copyright 2022 Reuters Limited. All rights reserved. Republication or redistribution of Reuters content, including by framing or similar means, is expressly prohibited without the prior written consent of Reuters. Reuters shall not be liable for any errors or delays in the content, or for any actions taken in reliance thereon.
Related News: UNICEF, Barca, Qatar Foundation, Javier Faus, FC Barcelona
COMMENT
Print this article
Barca reach Cup semis despite Betis fightback 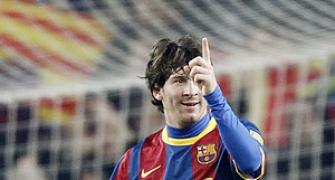 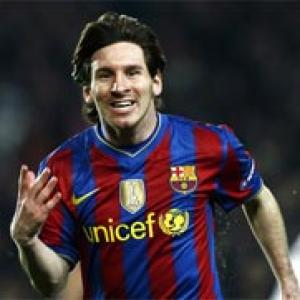 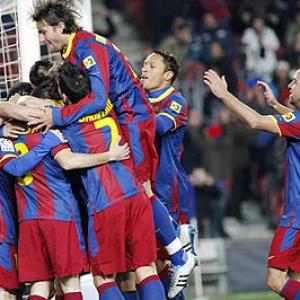