Barcelona put on a brilliant display to beat Chelsea 4-0 to win the Women's Champions League final for the first time in the club's history on Sunday.

Coming into the game full of confidence after winning the Women's Super League title last week, Chelsea were on the back foot from the very beginning as Barca's rapid passing and possession-based game proved too much for the Londoners.

Barcelona got off to the best possible start when Lieke Martens hit the crossbar and Fran Kirby's attempted clearance bounced off Chelsea midfielder Melanie Leupolz before spinning into the net in the opening minute.

"I was sure it was going to be good, but not that good - first goal, first minute, then I thought 'today is ours,'" Aitana Bonmati told a news conference.

Chelsea struggled to deal with Barca's punishing press and they went 2-0 behind in the 14th minute when Leupolz was penalised for fouling Jennifer Hermoso in the box, and Alexia Putellas made no mistake from the spot.

Chelsea did their best to get forward, but they found their path blocked by a defence that has conceded only five goals in 26 Primera Division games this season. Aitana made it 3-0 seven minutes later, rounding off a superb passing move from a Barca throw-in with a confident left-foot finish, prompting an emergency meeting of the Chelsea players on the edge of their box as the Catalans celebrated.

That discussion failed to resolve their defensive woes as Lieke Martens skipped past Niamh Charles on the left wing and centred for Norwegian winger Caroline Graham Hansen to steer home a fourth in the 36th minute.

Chelsea's switch to a more direct style produced an improvement in the second half, but it wasn't enough to stop the Catalan club from coasting to victory, with the Barca bench exploding in celebration as the final whistle sounded to confirm their status as Europe's best club side.

"We started, right from the beginning, with confidence. We didn't feel as much pressure as we did in other games. The final is to be won, and that's what we did," Barca coach Lluis Cortes told reporters.

"We've been writing history and tonight it's the whole of Spanish women's football history that wins, not just us. To be the first (Spanish club) to reach the final and win it is fantastic for us."

Chelsea coach Emma Hayes said her players were disappointed that the game was seemingly over before it began.

"Congratulations to Barca, they're worthy winners, champions of Europe, I saw their experience count. I think they were exceptional in both boxes, it was one of those games where everything fell to them," she told reporters.

© Copyright 2021 Reuters Limited. All rights reserved. Republication or redistribution of Reuters content, including by framing or similar means, is expressly prohibited without the prior written consent of Reuters. Reuters shall not be liable for any errors or delays in the content, or for any actions taken in reliance thereon.
Related News: Chelsea, Barca, Melanie Leupolz, Barcelona, Aitana Bonmati
SHARE THIS STORYCOMMENT
Print this article 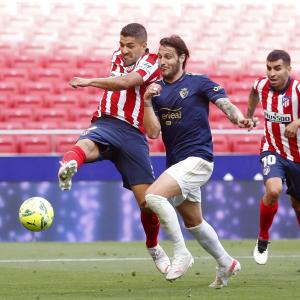 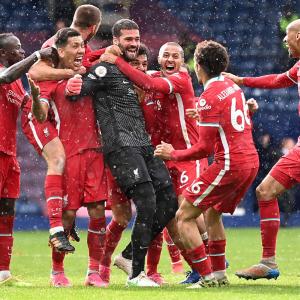