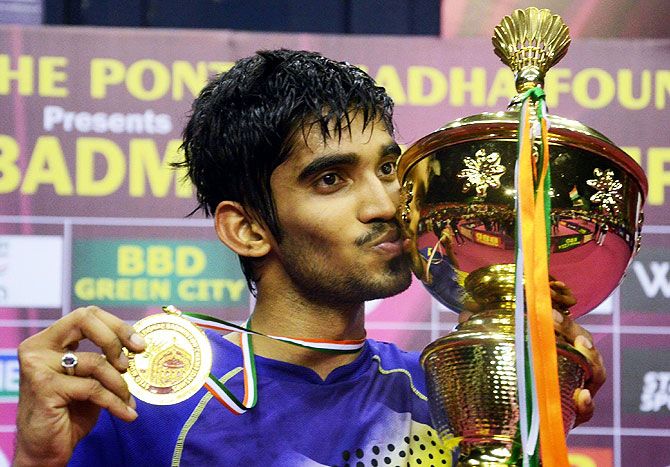 Top seed K Srikanth made a rollicking start to the new season as he clinched the Syed Modi Grand Prix Gold with a convincing win over China’s Huang Yuxiang in the men's singles final in Lucknow on Sunday.

Srikanth came into the men's final with a 1-0 record against Huang, having beaten him last week at the Malaysia Masters at Penang and the Indian showed better control and picked up the gaps well in the first game to bamboozle the Chinese.

The Indian led 11-8 at the break and continued his march after the interval, cruising to the game point when the Chinese pushed to the back of the court, failed to recover enough ground to return a net dribble. Srikanth then sealed the game with a smash.

In the second game, Srikanth blew a 11-7 lead to allow Huang make a roaring comeback.

In the decider, Huang continued his surge and opened up a 7-4 lead early on. The Indian then dug deeper in his reservoir of strokes and produced some scintillating smashes to draw parity at 8-8. The duo moved together till 12-12 before the Indian took a slender 15-13 lead.

Srikanth finally moved into the match point with a towering smash from the back court and then sealed it with another power-packed smash.

There was some disappointment for home fans when the Indian men’s doubles pair of Pranaav Jerry Chopra and Akshay Dewalkar wasted two match points in the second game to go down 14-21, 24-22, 21-8 against Malaysian pair of V Shem Goh and Wee Kiong Tan in their first-ever Grand Prix Gold summit clash that lasted a little over an hour.

Second seeds Praveen Jordan and Debby Susanto of Indonesia survived a scare from Thailand pair of Puavaranukroh Dechapol and Sapsiree Taerattanachai to notch up a 23-25, 21-9, 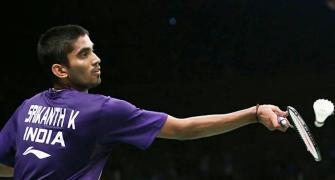 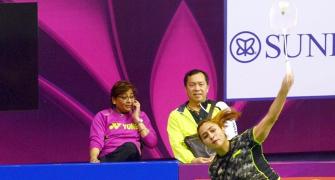 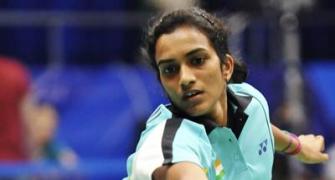 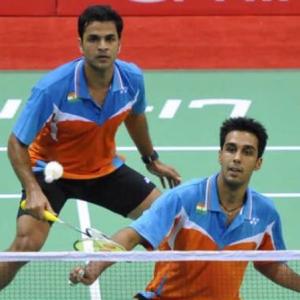 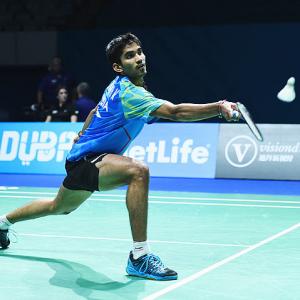