National camp to resume on Monday. Shuttler N Sikki Reddy and physiotherapist Kiran Challagundla on Saturday returned negative for COVID-19 in a second round of tests, clearing the decks for resumption of the national badminton camp in Hyderabad from Monday.

The 26-year-old Sikki, a Commonwealth Games bronze-medallist, and Kiran had, on Thursday, tested positive for the highly contagious disease at the SAI Pullela Gopichand academy, which was immediately closed down for sanitisation and the camp suspended for a few days.

However, the duo on Friday decided to get themselves tested again in a private hospital. The reports, a copy of which is in possession of PTI, showed that Sikki and Kiran are both negative.

The Sports Authority of India (SAI) also confirmed the development.

"Shuttler Sikki Reddy and Physiotherapist Kiran C, who were part of the Badminton National Camp at Pullela Gopichand Badminton Academy in Hyderabad and had tested positive for COVID-19, took the RT PCR test again, and both have tested negative," SAI said in a statement.

"The decision to test them again was taken because both were asymptomatic and even their family members were COVID-19 negative."

"Since all campers are COVID negative, we have decided to go ahead with the camp, following the SOP. Training will resume at the academy from Monday, August 17," Gopichand said.

Sikki and Kiran were among the 21 players, coaches and support staff who had undergone SAI's mandatory COVID tests before the start of training on August 7. The other 19 had tested negative.

The badminton camp was allowed by SAI for eight Olympic hopefuls, including Rio Games silver-medallist PV Sindhu, following the approval from the Telangana government on August 1.

Sikki, who partners Ashwini Ponnappa in women's doubles, Sindhu, B Sai Praneeth and former world number one Kidambi Srikanth had been training at the academy before the suspension of the camp.

Among others, former world number one Saina Nehwal has been training in a separate facility along with her husband Parupalli Kashyap, while Ashwini is currently in Bangalore.

The men's doubles pair of Chirag Shetty and Satwiksairaj Rankireddy is expected to join the camp after a couple weeks.

The Badminton World Federation (BWF) had shut down the world tour and other sanctioned tournaments following the completion of the All-England in March due to the global health crisis.

The next event for the Indian team is the twice rescheduled Thomas and Uber Cup, which is slated from October 3 to 11. 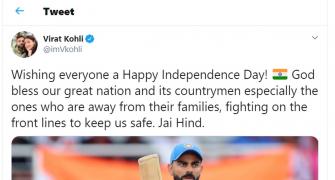 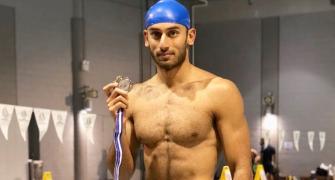 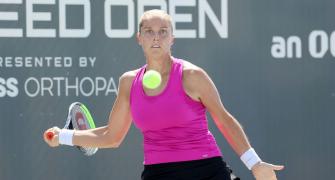 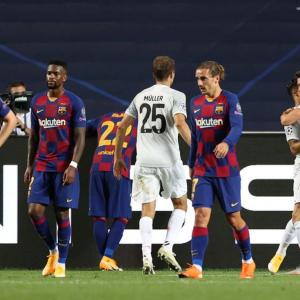