Azerbaijan to make Formula One debut in 2016

Formula One teams have welcomed the announcement of a Grand Prix in Azerbaijan in 2016, following Russia's debut later this year, but warned on Friday that the sport must keep the balance between old and new.

Azad Rahimov, Azerbaijan's minister for youth and sport, said in a statement that a contract had been signed for Baku to host Formula One for the first time with a 'Grand Prix of Europe'.

No specific date for the race or details of the length of the deal were given.

"The deal to bring Formula One racing to Baku is a very significant new chapter in our ongoing success to attract the world's largest sporting events to our country," he said.

Oil-rich Azerbaijan is already due to host the inaugural European Games next year, after failed bids for the 2016 and 2020 Summer Olympics.

Formula One's 83-year-old commercial supremo Bernie Ecclestone said in May that an agreement had been signed for a street race in the Azeri capital, on the shores of the Caspian sea, next year.

The decision to go for 2016 instead gives him more room to manoeuvre in an already crowded calendar, with 19 races this season and Mexico due to return in 2015 after agreeing a five-year deal this week.

Anything more than 20 would require the agreement of all 11 teams, and there is also the risk that some of the European races that pay less in hosting fees or whose circuits need refurbishing could be dropped.

Ecclestone has suggested Monza, the temple of Italian motorsport, may not have its contract extended beyond 2016 while Spa - a driver and fan favourite - in Belgium has been dropped in the past.

"It's all about balance, about keeping the historical events and also bringing new events," said Red Bull principal Christian Horner. "Of course Monza is a very popular race on the calendar and hopefully it will be there

for many years to come. But it’s finding that balance.

"Azerbaijan is an exciting new venue, a new country to be visiting. Of course there’s only so many races we can accommodate in a year," added Horner.

"I think it’s very healthy for Formula One to have such competition for these places on the calendar. It’s great news for the teams, the sport and will be of great interest."

Force India owner Vijay Mallya told reporters that the more Formula One spread around the world, the better it is for the sport, teams and sponsors.

"That’s one of the reasons I keep nagging Bernie and trying to persuade him that India must come back," he added, referring to a race dropped from this year's calendar and with no return scheduled.

Russia is due to make its debut this year, despite the crisis in Ukraine, with a street race around the 2014 Winter Olympic Park in Sochi. Austria returned last month after an 11-year absence.

A street race in New Jersey remains a possibility, although plans have twice foundered.

Ecclestone said last year that he had no doubt Formula One would be racing in New Jersey in 2015 but more recent reports have suggested 2016 at the earliest, with many sceptical about that date as well.

Baku could ultimately be paired with Sochi, just as Mexico is likely to be back-to-back with the US Grand Prix in Austin, Texas, towards the end of next year.

The European Grand Prix designation is a floating one that was most recently used for a race in Valencia, Spain, in 2012.

It has been attached previously to Grands Prix held at Germany's Nuerburgring, the British circuits of Brands Hatch and Donington Park, and Jerez in Spain.

Rahimov said the design and layout of the Baku circuit had yet to be finalised but the start/finish, main grandstand and pit were likely to be in the city's Azadliq Square. The track will also feature local landmarks.

"We are very happy that Baku has joined the Formula One family. This will be a street race, which will pass through interesting and picturesque parts of Baku. The event will meet the current Formula One criteria," said Ecclestone.
Related News: Baku, Bernie Ecclestone, Azerbaijan, Red Bull, Christian Horner
COMMENT
Print this article 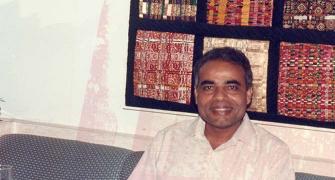 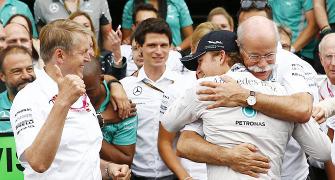 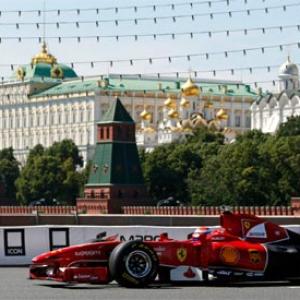 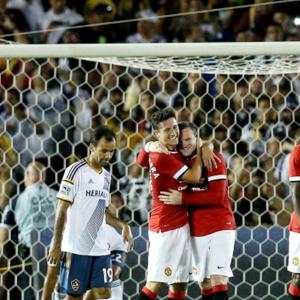