IMAGE: India's Prajnesh Gunneshwaran made the made draw of the Australian Open after qualifying as a lucky loser. Photograph: Alex Pantling/Getty Images

World No. 122 Prajnesh, who entered the main draw of the men's singles event as a lucky loser in the qualifiers, was scheduled to play Ito on Monday.

If Prajnesh beats 144- ranked Ito, he could face World No. 2 Novak Djokovic in the second round.

This is Prajnesh's fifth straight appearance in the main draw of a Grand Slam having earlier played in the Wimbledon, French Open and the US Open due to his ranking. 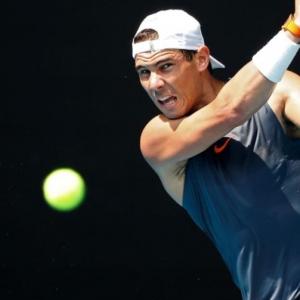