ATP events in Hamburg, Bastad, Newport, Los Cabos, Gstaad, Umag, Atlanta and Kitzbuhel will not go ahead as scheduled. IMAGE: However, the ITF suspensions will not affect any of the Grand Slams with Wimbledon having already cancelled this year's championships. The US Open is scheduled to begin on August 24 while the postponed French Open is now due to start on September 20. Photograph: Suzanne Plunkett/Reuters

The ATP Tour and International Tennis Federation (ITF) have extended their suspensions of professional tennis until July 31 due to the COVID-19 pandemic, they said on Friday.

The ATP and WTA announced in April that they were suspending all tournaments until July 13, with the WTA saying on Friday it had further suspended four events due to be held in July.

The WTA added that it will provide an update in June on the tournaments scheduled for the latter half of July.

The WTA Rogers Cup, which had been scheduled for August 7-16 in Montreal, had already been postponed to 2021 after Quebec government prohibited holding events until August 31, 2020.

ATP events in Hamburg, Bastad, Newport, Los Cabos, Gstaad, Umag, Atlanta and Kitzbuhel will not go ahead as scheduled, while WTA events in Bastad, Lausanne, Bucharest and Jurmala scheduled for July will not be held.

"Due to continued uncertainties surrounding the COVID-19 pandemic, we regret to announce our decision to extend the suspension of the Tour," ATP Chairman Andrea Gaudenzi said in a statement.

"We continue to assess all of our options in an effort to resume the Tour as soon as it is safe to do so, including the feasibility of rescheduling events later in the season."

While for tournament owners it is a blow, the decision was hardly unexpected.

The Croatia Open in the picturesque setting of Umag on the Adriatic is one of the most popular ATP tournaments and is in the process of improving the showcourt named after former Wimbledon champion Goran Ivanisevic.

"I believe that all of us will feel a bit empty without Stella Maris (the name of the venue) and its July buzz," tournament director Lawrence Frankopan said.

"But the health and safety of our players and fans are the most important. This cancellation is an even bigger reason for all of us to feel excited about July 2021 and the 31st edition of the tournament."

Organisers of the Austrian Open in Kitzbuhel said they were looking at rescheduling the claycourt tournament for September while Hamburg organisers were "focussing on a possible postponement of the tournament."

"We have to closely monitor the rapidly evolving situation related to COVID-19 and we will wait for the next decisions of the ATP and the ITF regarding the North American swing, in particular the US Open," Hamburg tournament director Sandra Reichel said in a statement.

The Hall of Fame Open in Newport, Rhode Island has been cancelled and organisers said the Hall of Fame Class of 2020 induction ceremony will not take place. Spain's Conchita Martinez and Ivanisevic will now be inducted in 2021.

The WTA said in a statement that it would make a decision on tournaments in Palermo and Karlsruhe, which were to begin on July 20 and 28 respectively, when the announcements to its revised calendar are made in June.

However, the ITF suspensions will not affect any of the Grand Slams with Wimbledon having already been cancelled for the first time since World War II.

The US Open is scheduled to begin on August 24 while the postponed French Open is now due to start on September 20.

© Copyright 2022 Reuters Limited. All rights reserved. Republication or redistribution of Reuters content, including by framing or similar means, is expressly prohibited without the prior written consent of Reuters. Reuters shall not be liable for any errors or delays in the content, or for any actions taken in reliance thereon.
Related News: ATP, Kitzbuhel, Los Cabos, Andrea Gaudenzi, IMAGE
COMMENT
Print this article 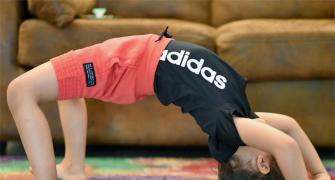