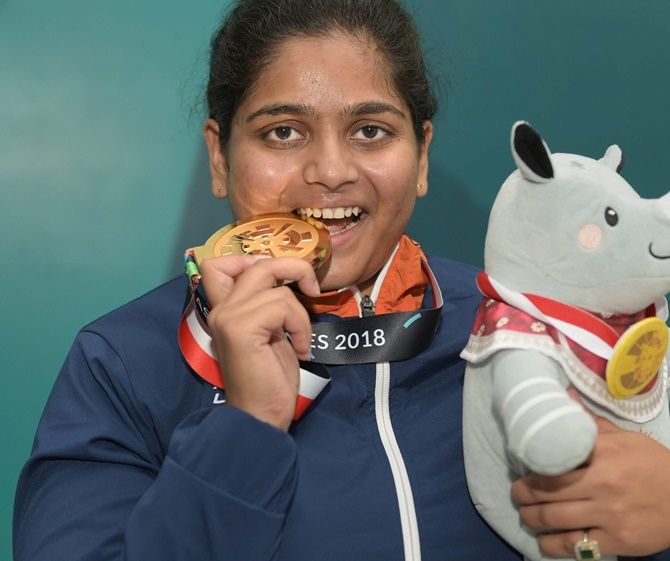 Rahi Sarnobat became the first Indian female shooter to win a gold at the Asian Games, achieving the rare feat after a nerve-wracking 25m air pistol finals in Palembang on Wednesday.

The 27-year-old held her nerve to pip Thailand's Naphaswan Yangpaiboon in a heart-stopping contest after both were tied at 34 points following 10 series of five shots each, taking it to a shoot-off.

Both found the target four times in the shoot-off, leading to another shoot-off where Rahi shot three and the Thai two, ensuring a historic gold for the Kolhapur-born shooter.

Rahi was in the lead for the major part of the final and her first 10 shots were on target. She got a five out five even in the sixth series.

With her stellar effort, Rahi became the second gold medallist from the Indian shooting contingent after 16-year-old Saurabh Chaudhary had shot a gold in the 10m pistol final on Tuesday.

She is also the sixth Indian to shoot a gold at the Games, joining Chaudhary, Jaspal Rana, Randhir Singh, Jitu Rai and Ronjan Sodhi. Her 34 in the finals also ended up as a joint Games Record.

The talented Manu Bhaker cracked under pressure to finish sixth in the finals. The 16-year-old had a remarkable morning as she had shot 593 to equal the Games qualification record. Rahi had sneaked into the finals in seventh place, shooting 580. 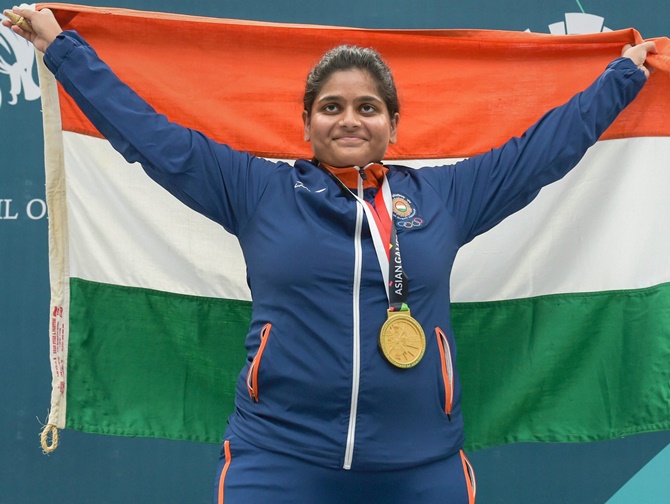 Rahi, who had become India's first pistol shooter to win a gold in World Cup back in 2013, had suffered a serious elbow injury last year. Realising that she needed a tweak in her technique, Rahi roped in Munkhbayar Dorjsuren, a two-time world champion and Olympic medallist from Germany.

"I had to change her technique and I also worked on her a lot on the mental aspect of the game. She was already a high-level shooter and needed some tweak in her game. It was a close final but I had prepared her for the shoot-off," Dorjsuren, who moved to Germany from Mongolia, told PTI.

Rahi is a double gold medallist at the 2010 Delhi Commonwealth Games and had a bronze in the 25m pistol pairs event at the 2014 Incheon Asian Games.

In the women's Rifle 3 Positions event, Anjum Moudgil and Gayathri Nithyanandam failed to qualify for the final. Moudgil had a great start to the qualification but flopped in the standing series to bow out of the competition. 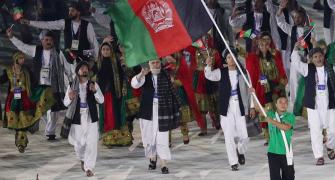 How Afghan officials are shielding athletes from trouble at home 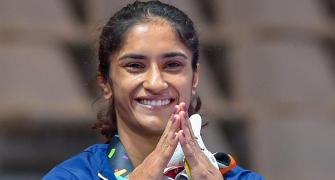 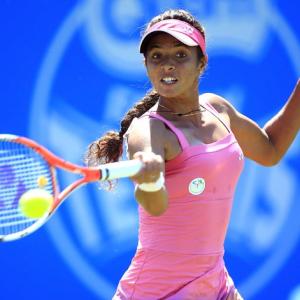 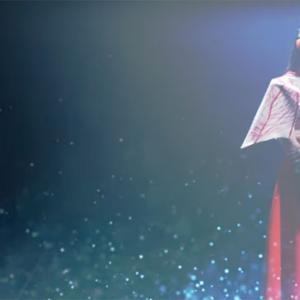