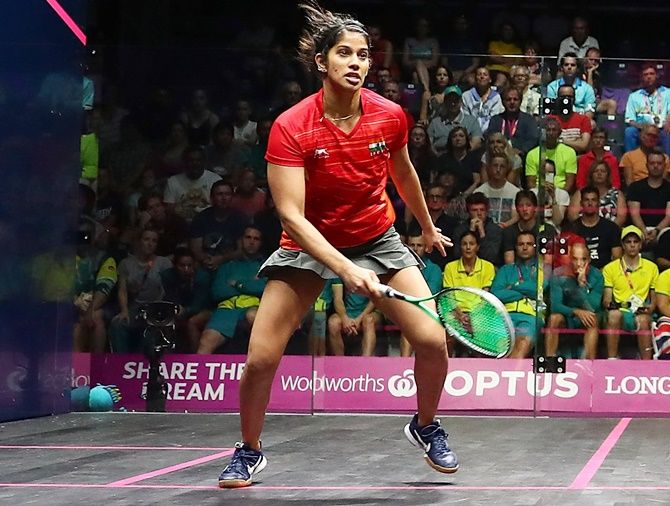 The Indian team, comprising Joshana Chinappa, Dipika Pallikal Karthik, Sunayna Kuruvilla and Tanvi Khanna, are assured of at least a silver now and are likely to face Hong Kong in the final.

Chinappa, the world number 16, had a point to prove after a crushing loss against familiar foe Annie Au in the final pool match against Hong Kong on Thursday.

India lost the tie 1-2 and finished behind Hong Kong, resulting in a tougher opponent in Malaysia, the most dominant team in the Games' history

The 31-year-old was livid with herself and even cried after the loss 24 hours ago. But then Chinappa calmed herself down, slept over it and was a different player against David, a legend of the game and also a five-time Asiad singles gold medallist.

The fact that the India had beaten the Malaysian on the PSA tour in April also put her in a positive frame of mind.

The match went down to the wire and was full of long gruelling rallies. Chinappa had a match ball on 10-9 in the fourth game but David fought back to take the next three points, levelling the opening singles at 2-2.

The crowd support too was heavily in favour of Malaysia but not enough to distract the gritty Indian. This time she converted the match ball on 10-9 to complete the biggest win of her Asian Games career.

"I was very upset yesterday as you must have seen. I did not play the way I was supposed to play. Spoke to my parents and coach and that helped. Today, I just wanted to be myself. Nicol is such a champion. She always plays a fair game and today was no different. Really happy to have come through," said Chinappa after a 12-10, 11-9, 6-11, 10-12, 11-9 victory.

David was gracious in her defeat.

"Joshna played really. It was a very good match and I could not play my A game," the 35-year-old said.

World number 19 Dipika Pallikal Karthik too did not play to her potential against Joey Chan on Thursday.

But on Friday in the second singles, she came out firing on all cylinders against former world number five Low Wee Wern.

The Indian's brute power was too much to handle for Wee Wern, who is on a comeback trail after a 20-month injury lay-off. The scoreline may not suggest but it was a tricky match for Pallikal, who eventually pulled through 11-2, 11-9, 11-7.

"The plan was definitely to rattler her with my power. Wee Wern has been a top player and has already won three tournaments after her comeback. Also, I had to do it for Joshna. She played such a great match to get us on the brink of a win," said Karthik.

India are likely to play long-time rivals Hong Kong in the final on Saturday.

"Hong Kong are as tough to beat as Malaysia. They have a very solid team. But our confidence has got a major boost after today," she added.

With the win, India have equalled their best performance at the Games, having won a silver four years ago. 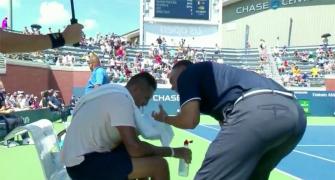 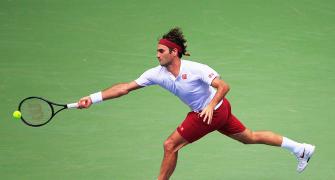 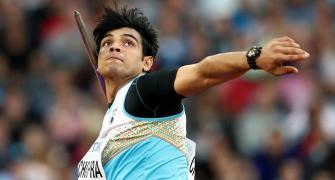 Chopra misses bronze by a whisker in Diamond League Final 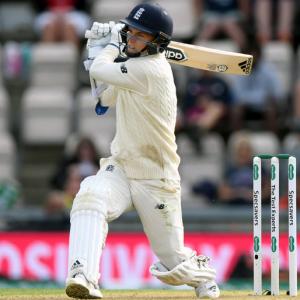