Tennis player Sania Mirza feels that events like the Asian and Commonwealth Games are important in understanding India's standing in sports other than cricket.

"Events like Lusofonia Games, Asian Games and Commonwealth Games are important as they help us a lot in understanding how good India is at sports other than cricket," Sania said on Thursday. "It builds great sportsmanship and friendship between the countries," she added.

Sania was in Goa earlier this week along with iconic athlete Milkha Singh as part of the event which is a precursor to Lusofonia Games scheduled for January next year.

"Events like these (Lusofonia Games) are the only place where players from all countries live and practice together. This is great for a country like India to understand other sports and players from other countries," she said.

Around 12 countries will participate in the Lusofonia Games to be held across six stadia in the coastal state, the former Portuguese colony.

On her career, Sania said, "Having had a great year with 5 doubles titles, I cherish the fact that despite injury and following three surgeries, and changing many partners, it clicked for me...I did work hard and the chemistry with my doubles partner worked".

On partnering with a Chinese player, she said "it was a tough decision to move to Cara (Black). We are doing well and haven't lost any match yet. We are hoping to do better".

"She is in Hyderabad right now and we are going to prepare together. We need to work on fine tuning things and we need to win a lot of tournaments," Sania added.

Sania said from current generation of Indian tennis players, she pins her hopes on Ankita Raina who is winning many tournaments.

The tennis player, also revealed that she’d like Deepika Padakune to essay her character if ever there were to be made a movie on her.

"I think Deepika Padukone is gorgeous and she is athletic as well. She will do better justice to the role, if there is one in the future," Sania said. Check out Somdev Devvarman's goals for next season... 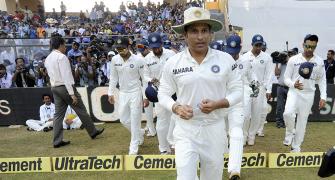 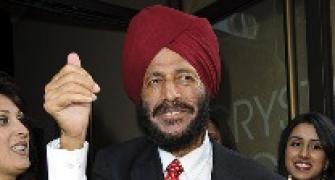 Dhyan Chand deserved Bharat Ratna before anyone else: Milkha