Monaco handed Paris St Germain their first defeat of the season in Ligue 1 when a couple of late goals earned them a 2-0 home victory on Sunday.

South Korean midfielder Park Chu-young netted on the break in the 85th minute against the run of play, with Brazilian striker Nene doubling the tally with two minutes left.

PSG, who lie fifth in the standings, are three points behind leaders Girondins Bordeaux (13 points) after the champions beat Grenoble 1-0 on Saturday. Monaco are seventh on nine points.

PSG ended the match with 10 men after Benin midfielder Stephane Sessegnon was handed a straight red card for a violent tackle on Adriano.

The game was interrupted for a couple of minutes after PSG fans threw firecrackers and flares from their stand.

Earlier, Sylvain Marveaux struck shortly after the hour as Stade Rennes maintained their unbeaten record with a 1-0 home win over St Etienne.

Midfielder Marveaux, who missed much of last season through injury, fired home from a Moussa Sow cross on 62 minutes.

The win lifted Rennes up to sixth place with nine points from five matches and St Etienne fell to second bottom on three points.

Defender Cedric Hengbart netted from a bicycle kick in the first half to give AJ Auxerre their first goal of the season in a 2-0 win over Nice, Romanian striker Daniel Niculae adding another after the break.

The Burgundy side moved up to 17th in the 20-team league, sending Nice to 18th.

© Copyright 2021 Reuters Limited. All rights reserved. Republication or redistribution of Reuters content, including by framing or similar means, is expressly prohibited without the prior written consent of Reuters. Reuters shall not be liable for any errors or delays in the content, or for any actions taken in reliance thereon.
Related News: PSG, Monaco, Sylvain Marveaux, St Etienne, Nice
COMMENT
Print this article 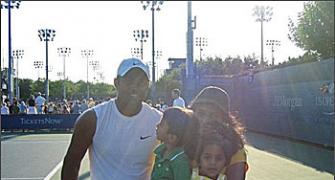 'I have bought a nice sari for Rakhi, as shagun'