AAI election: Rao braces up to take on Malhotra

With the much-awaited elections to the Archery Association of India (AAI) drawing closer, the national convenor of Clean Sports India B V P Rao, who will be challenging incumbent president V K Malhotra, has raised several issues to ensure that the elections are free and fair.

In a letter to all the associate units, highlighting the plight of the AAI, Rao a former IAS officer, urged the entire archery community to involve both provisional and regular members in the October 28 election. He has raised concern at barring North-Eastern affiliate units from voting at the upcoming federation elections.

"In the sport of archery, North-Eastern states have special interest as four archers -- two men and two women -- out of six member of the Indian team for London Olympics were from North East India.

"I am pained to know AAI has rejected the voting right to Arunachal Pradesh, Mizoram and Tripura stating that they are still provisional members and not regular members," Rao, who is credited with the growth of archery during his four year tenure at the Sports Authority of India from 1985, said.

Rao who is also the vice-president of the Assam Archery Association created a flutter after he decided to challenge the candidature of veteran Malhotra, an undisputed chief of the AAI since 1973.

Rao, while citing 'Article 3' of the AAI Constitution, said how can the governing body not allow these state associations from participating in the elections.

"The Article states that all affiliations will be provisional until the member association/board participates in the national championship," he said.

Rao pointed that if the association did not contrive as per the constitution, it will lead to discriminatory treatment which will be challenged in court of law for violation.

Rao also raised the case of Mizoram, which boasts of the names like Lalrem Sanga who has participated in two Olympic Games (Barcelona 1992 and Atlanta 1996).

The CSI convener said, "He (Sanga) is the only Olympian from the state, perhaps he could have come into the Electoral College of AAI as a delegate of Mizoram."

Rao questioned as to how Himachal and Uttarakhand Associations, which were in the provisional list till other day, are now figuring in regular members list?

"This change was done on AAI website few days ago. People are keeping the evidence as computers do not lie," Rao said.

He also raised his concern over the selective approach of AAI in granting regular memberships to few individual institutes and boards while neglecting the others.

"AAI has given three sports  Boards -- Railways, Services and Ordinance Factories -- regular memberships and left out Steel Plants Sports Board. What is the reason?

"How is a police organisation like ITBP a regular member and not CRPF, BSF and several others?" Rao asked.

He alleged that there are few individuals, who have not contributed any thing to archery in their life time, and are misguiding the president.

Rao, whose concept of Special Area Games (SAG) helped in establishing the likes of Limbaram, Shyam Lal, Skaljang Dorje and Sanga and also aided in Indian Archery teams qualification in the Soeul Games, denied the claims that he is trying to break the AAI.

"What I am doing now is to ensure a free and fair election through a secret ballot for the election of office bearers of AAI.

"I am trying to come to AAI after my voluntary retirement of IAS to fulfill my long cherished dream of India winning Olympic gold in archery," Rao concluded. 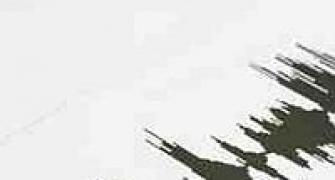