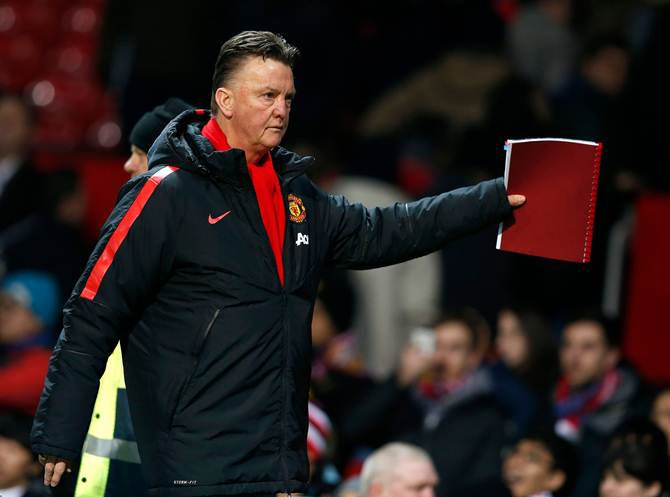 For a club that in 2000 were happy to ditch their defence of the FA Cup so they could play in the World Club Championship, winning football's oldest trophy was never likely to be enough to convince Manchester United to keep faith with Louis van Gaal.

Too little, too late looks to be the thinking of the board who announced on Monday they had dispensed with the services of their Dutch manager two years into his three-year contract.
After a day of negotiations, both sides emerged on Monday night to issue the usual statements of mutual appreciation.

He in turn said it had been an honour to fulfil a long-held ambition to manage such a "magnificent club" although he was disappointed not to be able to see out his "three year plan."

Following is a factbox on Dutchman Louis van Gaal who left his job as Manchester United manager on Monday.

1972 - Joins Ajax Amsterdam as a midfielder but never plays for the first team and is loaned out to Belgian club Antwerp.

Replaces Bobby Robson as Barcelona manager and leads them to the 1998 and 1999 Spanish titles. Loses out on 2000 La Liga crown to Deportivo La Coruna and, amid reports of a falling out with big-name players including Brazilian forward Rivaldo, leaves the club.

Fails to steer the Netherlands to the 2002 World Cup, the first time they had missed out on the tournament since 1986.

Returns to the Nou Camp but is sacked in January with the club three points above the relegation zone.

Returns to Ajax as technical director but resigns due to internal divisions.

Wins 2010 Bundesliga title and reaches the Champions League final in the same year, losing 2-0 to Inter Milan, but Bayern finish third in 2011 and Van Gaal is sacked.

Leads Netherlands to the 2014 World Cup semi-finals in Brazil where they lose on penalties to Argentina before beating the hosts in the third-place playoff after which Van Gaal departs.

Named as manager in May 2014, succeeding David Moyes who was sacked after a dismal 10-month reign at Old Trafford.

Leads the team to fourth spot in the Premier League and a place in the Champions League qualifying round in his first season.

Fails to get United out of the Champions League group stage.

United finish fifth in the Premier League, missing out on a place in Europe's most prestigious club competition next season.

Leads United to a 2-1 victory over Crystal Palace after extra time in the FA Cup final at Wembley, their first major trophy for three years.

Two days later Van Gaal issues a statement saying he is leaving the club two years into a three-year deal.

© Copyright 2020 Reuters Limited. All rights reserved. Republication or redistribution of Reuters content, including by framing or similar means, is expressly prohibited without the prior written consent of Reuters. Reuters shall not be liable for any errors or delays in the content, or for any actions taken in reliance thereon.
Related News: Dutchman Louis van Gaal, Manchester United, Ajax Amsterdam, Barcelona, Netherlands
SHARE THIS STORYCOMMENT
Print this article 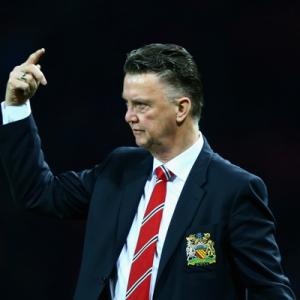 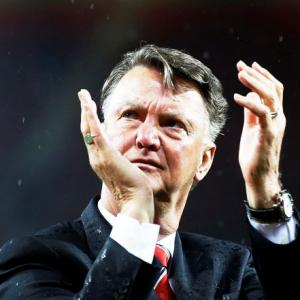