News
Business
Movies
Sports
Cricket
Get Ahead
Money Tips
Shopping
Sign in  |  Create a Rediffmail account
Rediff.com  » Sports » AITA to stick to youngsters, Hesh-Bopanna out till 2014

AITA to stick to youngsters, Hesh-Bopanna out till 2014

All India Tennis Association (AITA) will stick to the young Indian side and will not include Mahesh Bhupathi and Rohan Bopanna in the Davis Cup squad until the country moves up from the Asia/Oceania Group.

The young guns have given India an unassailable 3-0 lead in the relegation play-off tie against New Zealand and the national federation wants them to carry forward the good work in the 2013 season when India will strive to re-enter World Group.

"The young Indian team has done well. After a long time our team is 3-0 up. In Asia/Oceania zone, it will be good to continue with a young team," AITA president Anil Khanna said.

It is a clear indication that Bhupathi and Bopanna, who have been ousted from the side on the count of indiscipline, will have to wait for a long time to return to the side.

India cannot reach the World Group play-off stage before the end of 2013 season since it will have to play at least two ties in Asia Oceania group to reach that stage.

It is not clear if AITA will consider Leander Paes for the Asia/Oceania tie. Paes missed the ongoing tie as he preferred to play for a club in World Team tennis.

"It was decided in the AITA executive committee meeting here today that Bhupathi and Bopanna will not be considered for selection up till June 30, 2014," the AITA stated in a release. 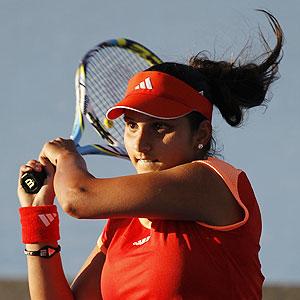 US Open: Sania moves into Rnd 2, Bhupathi-Bopanna out