'The attitude towards Pakistan of both All Indian Tennis Association and ITF is highly deplorable. There is absolutely no threat foreseen for Indian tennis team in Pakistan.' 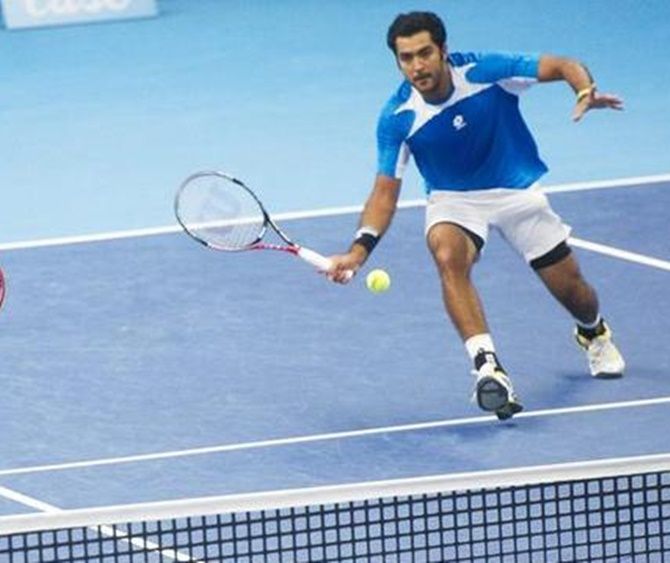 IMAGE Aisam-ul Haq Qureshi says he has taken the stance because he feels it is important to put sports before everything else. Photograph: Reuters

Pakistan's top doubles player Aisam-ul Haq Qureshi refused to compete in the upcoming Davis Cup tie against India, protesting against the ITF's decision to shift it from Islamabad to a neutral venue.

Aisam, one of the best tennis players coming out of Pakistan, took to Instagram to reason out his decision and made it clear that he won't play unless the tie is hosted in Islamabad.

His post indicated that the ITF is set to reject Pakistan Tennis Federation's appeal against the shifting of tie to a yet-to-be-announced neutral venue.

"The attitude towards Pakistan of both All Indian Tennis Association and ITF is highly deplorable, to say it the least. There is absolutely no threat foreseen for Indian tennis team in Pakistan," Aisam wrote.

"However, if ITF does not correct their wrong decision then as a protest against this unjust, unfair and biased decision I want to raise my voice and hereby announce not to participate in this tie if it takes place outside Pakistan."

Aisam said he has taken the stand to "stand up for the honour and dignity of my country by refusing to accept an incorrect unjust and undesirable decision”.

"The President of PTF and the people of Pakistan are requested to understand my stand."

Aisam said he had faced a lot of heat in the past even in Pakistan when he played with an Israeli player and India's Rohan Bhopanna. He argued that he took a stance because he felt it was important to put sports before everything else.

He said hundreds of Indians are regularly visiting Pakistan "to perform their religious activities" in various places like Kartarpur, Nankana Sahib and Taxila and there has not been even a single incident of violence or mishandling with any Indian national.

Recently, the high-profile visit of the British Royal family took place during which the Royal couple visited several cities in Pakistan including Islamabad, Lahore and Chitral.

Her Majesty the Queen of Holland is visiting Pakistan this week. Recently, football stars like Kaka, Figo and Puyol also visited Pakistan.

"If everyone else can come including hundreds of other Indians every day then why can't a few member of the Indian Tennis team visit Pakistan when Pakistan has assured them of extremely high level security protocol," he said.

"They should not insult and disgrace our security forces by saying that they cannot assure the safety and security of a few member Indian tennis team." 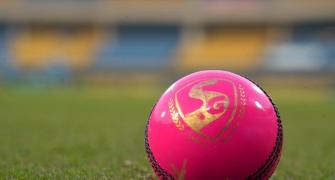 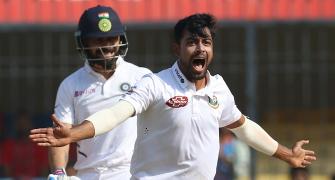