Taking a leaf out of the Indian cricket board's book, the All India Football Federation is mulling hiring an experienced foreign doctor for its national team, which is currently undergoing a preparatory camp in Dubai for the January 7-29 Asian Cup in Doha.

Besides them other players like Samir Naik, Govin Singh and Mohan Raj are also yet to recover from their injuries. The worst part is that the two reserve goalkeepers  Subhasis Roy Chowdhury and Arindam Bhattacharya  are also down with injuries.

"Yes we are thinking on those lines, we are exploring all options for the betterment of Indian football," said AIFF general secretary Kushal Das after its annual governing meeting during which the federation signed a 15-year deal with Reliance-IMG.

"We will review the situation after the Asian Cup and see what can be done," he added.

Present team doctor Sachin Yadav came in for stinging criticism after nearly a dozen players in the 31-member strong squad were reported to be injured, and there have been suggestions that the federation looks for a foreign expert, much like the India cricket team's support staff.

Das, however, refused to put the blame on Yadav. "You can't blame the doctor. Players do get injured," Das said.

While the team is grappling with injury problems, Yadav had returned home and the federation is contemplating sending another doctor to join the team.

Bhutia and Naik also travelled to Chennai to get their injuries treated.

Contrary to Bhutia's statement that England-based player of Indian origin Michael Chopra's presence in the team would have helped in the Asian Cup in Doha, Das said: "One player cannot win a football match, it's a team game and Michael Chopra is no Lionel Messi, though he plays in England."

Bhutia had earlier said that "there aren't too many players at that level eligible for India" referring to Chopra. 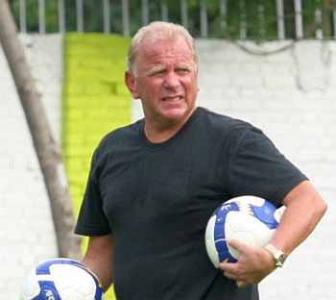 Houghton is not racist: Bhutia 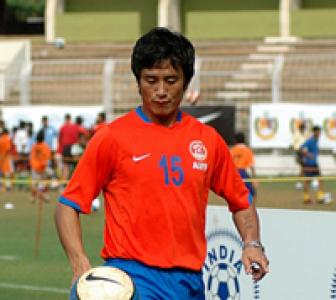 'Michael was very caring and loving'