Unhappy with the performance of the Indian football team in the Asian Cup, the AIFF executive committee on Wednesday decided to sack national coach Bob Houghton, but has sought legal opinion keeping in mind an imminent contract tangle with the Briton.

The AIFF, categorically, said that if he is penalised on legal grounds, it would not bear the expenses of Houghton, whose contract runs till 2013.

The committee, which met on Wednesday, decided to accept the recommendation of the technical committee which, in its review, expressed disappointment with the performance of the national team in the continental event in Doha, Qatar.

Houghton took over as India coach in June 2006, replacing Syed Nayeemuddin, under whom India had a series of poor performances.

Under Houghton, India played in the Asian Cup after a gap of 27 years by virtue of winning the 2008 AFC Challenge Cup. He also guided India to two Nehru Cup international tournament wins, in 2007 and 2009.

In other important decisions, the federation said the Nehru Cup will be conducted as part of the AIFF's Platinum Jubilee celebrations in 2012.

Members and support staff of the team which won the inaugural SAFF Women's Football Championship in Dhaka will be given cash incentive of Rs 50,000, it was decided.

The Santosh Trophy 2010-11 will be held in Apr-May 2011 in Assam, and the boarding and lodging allowances for players, participating in the tournament, have been increased from Rs 450 to 700 per player. The winners will be richer by Rs 500,000 while the runners-up will be awarded Rs 300,000.

For the Federation Cup, the prize-money for winners has been increased from Rs 10 to 15 lakh, while the second best team will get Rs 10 lakh.

A new referee's committee has also been constituted under the chairmanship of Amit Dev. 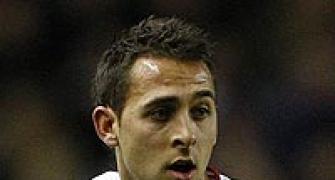