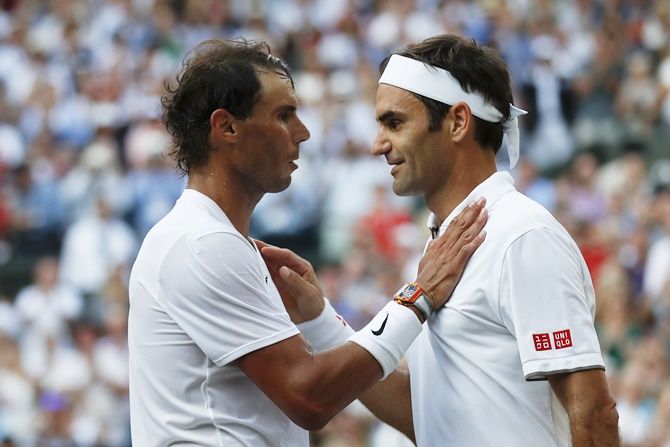 IMAGES: Roger Federer and Rafael Nadal embrace at the net after their men's singles semi-final on Day 11 of The Championships - Wimbledon 2019, at the All England Lawn Tennis and Croquet Club, on Friday. Photograph: Clive Brunskill/Getty Images

There was no rain break, no twilight five-set drama and no Wimbledon trophy on offer on Friday but none of that bothered ageless Swiss maestro Roger Federer.

The only thing that mattered to the 20-time Grand Slam champion was that, unlike in his last grasscourt duel with Rafael Nadal 11 years ago, he had won the "crazy last game" which sealed his passage into a 12th Wimbledon final.

The strokes of genius the duo had produced during the four hour 48 minute nerve-shredding 2008 final had led Boris Becker to declare that "every tennis player alive is going to tune in" to the 40th installment of their enthralling rivalry.

However, the Swiss was delighted to win that final game which featured three deuces and a break point before he finally ended a potential Nadal fightback on his fifth match point.

"It's always very, very cool to play against Rafa here, especially (since we) haven't played in so long," said the second seed, who stands one win away from holding aloft the pineapple-topped Challenge Cup for a record ninth time.

"Coming out of the gates, we were both playing very well. Then the climax at the end with the crazy last game, some tough rallies there. It had everything at the end, which was great, I guess. I'm just relieved it's all over at this point.

"It's definitely, definitely going to go down as one of my favourite matches to look back at because it's Rafa, it's at Wimbledon, the crowds were into it, great weather." Nadal's four-set defeat was somewhat unexpected since he had been an unstoppable force in his last three matches.

The Spaniard's form had led American great John McEnroe to declare: "You play against a guy like Nadal, he wants to tear your heart out. He wants to eat you alive."

On Friday, though, the raging Mallorcan was well and truly silenced by his great foe Federer.

The result not only narrowed 18-times major champion Nadal's advantage over Federer to 24-16 in their head-to-head meetings, it also earned the Swiss some much needed breathing space in the race to the top of the Grand Slam leaderboard.

The 37-year-old now has the chance to extend his haul to 21 when he faces the other member of tennis's Big Three - 15-time major winner Novak Djokovic - in Sunday's final.

"I know it's not over yet," said Federer, the oldest man to reach a Wimbledon final since Australian Ken Rosewall managed the feat aged 39 in 1974.

"There's no point to start partying tonight or get too emotional, too happy about it, even though I am extremely happy.

"There is, unfortunately or fortunately, one more (match to play). It's great on many levels. But (I've) got to put my head down and stay focused. I hope this gives me a huge boost for the final on Sunday." 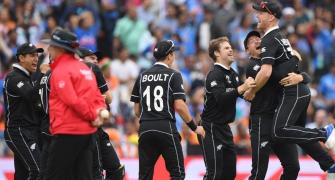 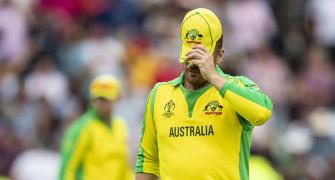 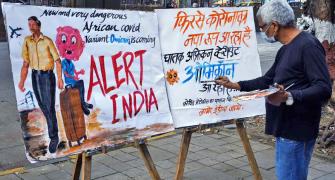 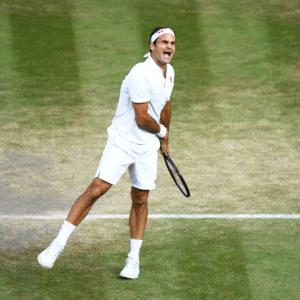 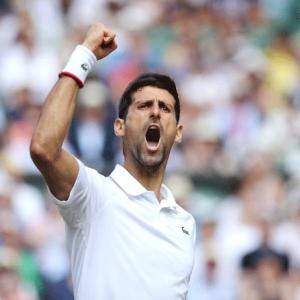