After biting ban...Suarez returns to Uruguay Uruguay striker Luis Suarez is set to play his first competitive international later this month since being banned for biting an opponent at the 2014 World Cup after he was called up on Friday for qualifiers against Brazil and Peru.

Barcelona's Suarez was suspended for nine games after biting Italy's Giorgio Chiellini at the World Cup in Brazil.

He was among 28 players named in Oscar Tabarez's squad to face Brazil away in Recife on March 25 and Peru in Montevideo four days later, the Uruguayan FA announced on Friday.

Uncapped Genoa midfielder Diego Laxalt and Manchester United right back Guillermo Varela were called up for the first time.

Uruguay are second in the 10-team South American standings behind Ecuador with three wins in four games.

The top four qualify automatically for the 2018 finals in Russia while the fifth-placed team goes into an intercontinental playoff against a team from the Oceania zone.

© Copyright 2021 Reuters Limited. All rights reserved. Republication or redistribution of Reuters content, including by framing or similar means, is expressly prohibited without the prior written consent of Reuters. Reuters shall not be liable for any errors or delays in the content, or for any actions taken in reliance thereon.
Related News: Luis Suarez, Brazil, Giorgio Chiellini, Oscar Tabarez, Uruguayan FA
COMMENT
Print this article 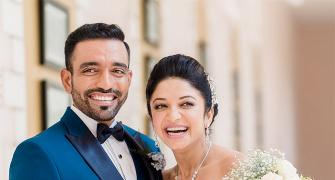 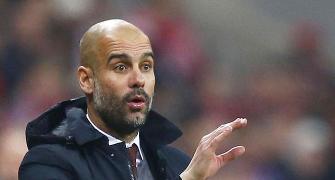 You wanted suspense, now you've got it: Guardiola 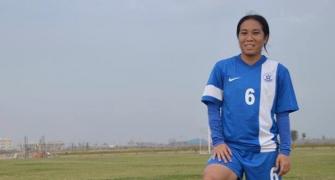 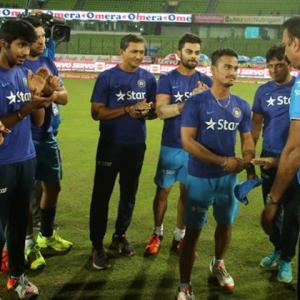