'This is my biggest gold medal, if you win here then you are a contender at the Tokyo Olympics' 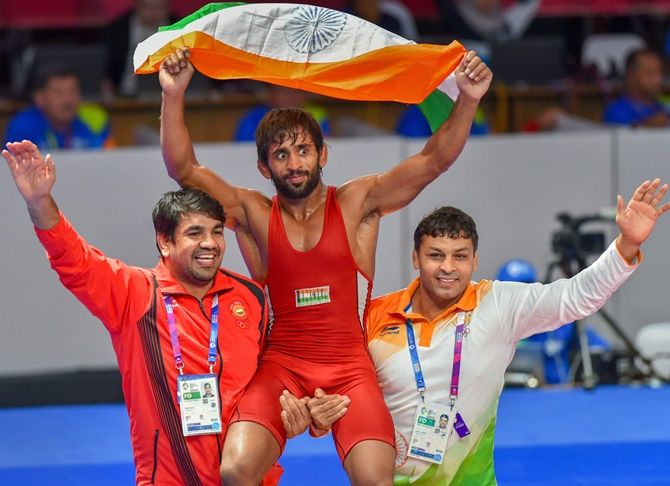 The 24-year-old extracted a 'revenge win' over Japan's Takatani Daichi in the gold medal bout of the men's 65 kg category.

Bajrang raced to a 6-0 lead in the final, but the Japanese, to whom he had lost in the Asian Championships, made a spirited comeback with some solid attack and defence.

However, Bajrang prevailed after a tight battle to claim gold and declared it was his biggest achievement so far.

"This is my biggest gold medal; if you win here then you are a contender at the Tokyo Olympics. I have an eye at Tokyo Games and preparing for that. I will try to produce the same performance at the World Championships also," Bajrang said after his victory.

"There are very few gold for Indian wrestlers in Asiad. So it is a big achievement for me. Only Yogeshwar and Rajinder Singh have won two gold medals in a year (Commonwealth Games and Asiad), I am only the third to do it, so, naturally, I am feeling proud of myself."

Bajrang gave credit to his coach, Shako Bentinidis, for bringing about a wholesome change in his wrestling style.

"There is lot of change in my wrestling in the last five months. I have won for four gold after I started training with new coach. Every aspect of my game has changed -- power, technique, speed," he said.

Asked if he has become more aggressive, Bajrang said, "When people start expecting that Bajrang will win medal, I will have to deliver."

Bajrang said he was unperturbed when the Japanese mounted a fightback.

"If I start thinking that I am losing, then, definitely, I will lose the bout. So I never do that. I don't feel any pressure. I just work hard and give my 100 per cent."

Bajrang used to celebrate victory in style; now that has gone missing.

Asked if it was a deliberate move following criticism from some people, he said, "People will keep talking about something or the other. I don't bother who is saying what. I am the same, but the thought process has changed after winning medals. I will not stop enjoying just because others don't like it."

He said he won't have much time for celebration.

"I will start preparing for the World Championships after going back." 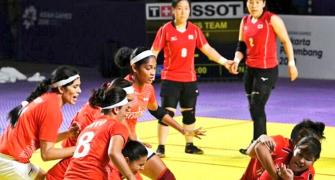 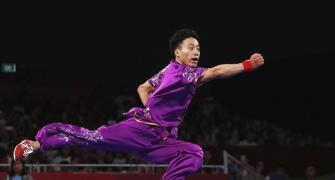 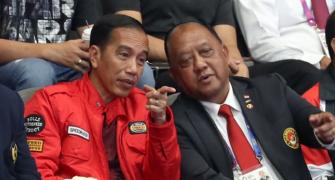 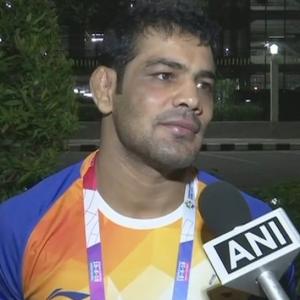